I wrote these songs in the same week in December 2015 - and they are as different as chalk and cheese! But both perfect for Valentine's Day!

I was absolutely thrilled that Jim Carey liked "Love Hearts" and "Twilight" enough to include them in the January 2016 edition of "Jim’s Big Ukulele Songbook"! Free download at: http://ozbcoz.com/

This is a PWYL ("Pay What You Like") track that you can stream for free or download here: Twilight 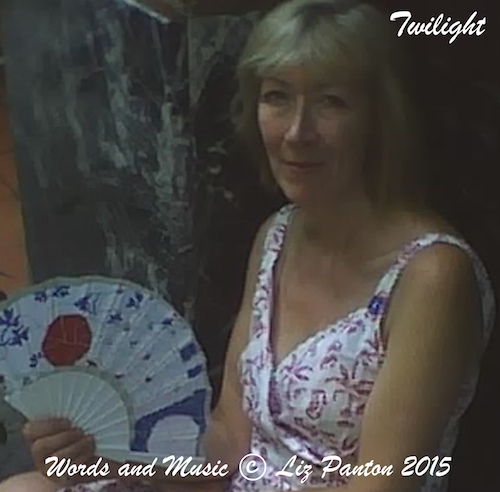 This is a PWYL ("Pay What You Like") track that you can stream for free or download here: Love Hearts (Sugar Lips) 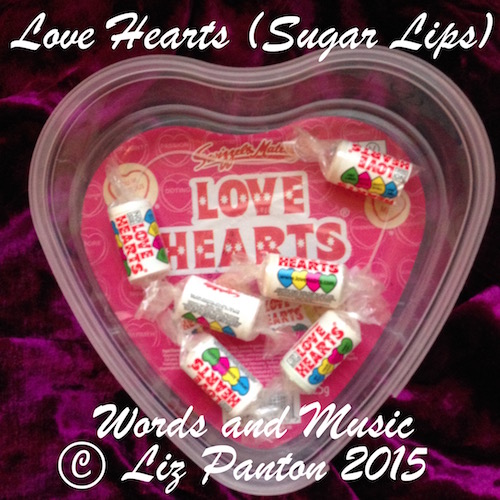 Twilight - about the song and recording

"Twilight" evolved out of an attempt to extend a very short song, "The Oracle", that I wrote on a Tiple that I had borrowed. However, "Twilight" went in different directions both lyrically and musically.

By the time I wrote and recorded "Twilight" I did not have the Tiple any longer but "Twilight" is in the same key as "The Oracle", Dm. So, after recording "Twilight" on the ukulele, I added a snippet of Tiple from my recording of "The Oracle", as both an "Intro" and an "Outro" to "Twilight".

I had some good feedback on that so I decided to try adding the sound of the Tiple at points within the song where the snippet of recording seemed to fit best, varying the volume.

This was all after I had uploaded "Twilight" to YouTube so the YouTube version does not include the Tiple: http://youtu.be/wIxMOf_4bb0

(The vocals were only recorded once and the track was duplicated).

I recorded the ukulele at 60 bpm using a metronome, then recorded the vocals. The Tiple is whatever it is from the original recording of "The Oracle" that I cannibalised.

My initial reason for thinking about recording the ukulele at 60 bpm with a single downward strum per beat was the symbolism, as this is a song about time as much as it is about twilight. I was hoping that the ukulele would sound like a clock ticking out the seconds and I think that does work.

I did some cursory research about the effects of music tempo on emotions and 60 bpm seemed even more appropriate. Although music tempos of 40-60 may be perceived as "sad" they may also be perceived as "serene". (Songs in a minor key generally evoke "sadness" but I thought that the lyrics might contract that effect.)

After adding the sound of the Tiple I did some more reading around about the effects of different aspects of music on emotions. One study that I found suggests that staccato percussive effects may enhance the positive emotional impact of music in both major and minor keys:

The ukulele has a rather percussive sound. Maybe this is what helps me to hear the original version, with the ukulele as the only instrument, as "serene" rather than "sad" throughout?

The key of the Tiple snippets did not fit with the chorus, so the chorus now sounds rather sad to me. I am thinking of experimenting by adding the sound of another instrument.

Most of the songs I have written have come to me very quickly and the ideas behind them have been entirely accidental and fortuitous. “Love Hearts (Sugar Lips)” is one of those very quick songs that just seemed to write itself.

In order to have some gifts handy around Halloween and Bonfire Night, I had bought a heart-shaped tub of mini-packs of Love Hearts and kept them by the front door. There were a few packs left at the beginning of December. I opened one and the first two Love Hearts that came out said, “Spoil Me” and “Sugar Lips”. That made me smile and also made me think, “Oooo! There is a song in there!” The next pair of sweets to come out of the pack said, “Bye Bye” and “My Angel”. The next two said, “I Hope” and “Love Bug”, which I misread as “Love Bud”. The last one said, “My Boy“.

I decided that I would try to write a two-chord song using the messages on those Love Hearts. Going with what was happening by chance and because I liked it, I kept “Love Bud” rather than correcting to “Love Bug”. I did change the last one though, from “My Boy” to “My Love”. I like the ambiguity of “My Love”. Does it refer to the person who is “My Love”, who is “here to stay”? Or to feeling that is “my love”, which is “here to stay” for that someone?

As I was writing the lyrics I could hear the song playing in my head and I decided that I was hearing it in the Key of D. However, when I came to type in the Key I hit the wrong key (!) and typed in F by accident. I decided that that might be another happy accident so I left it in F.

It is almost a two-chord song, being almost entirely in F and C. I was able to resist the lure of including Bb chords but I felt that the Bridge needed a “lift”. The one line in G in the Bridge then did something unexpected and pleasing, in that it gives the impression of a key change.