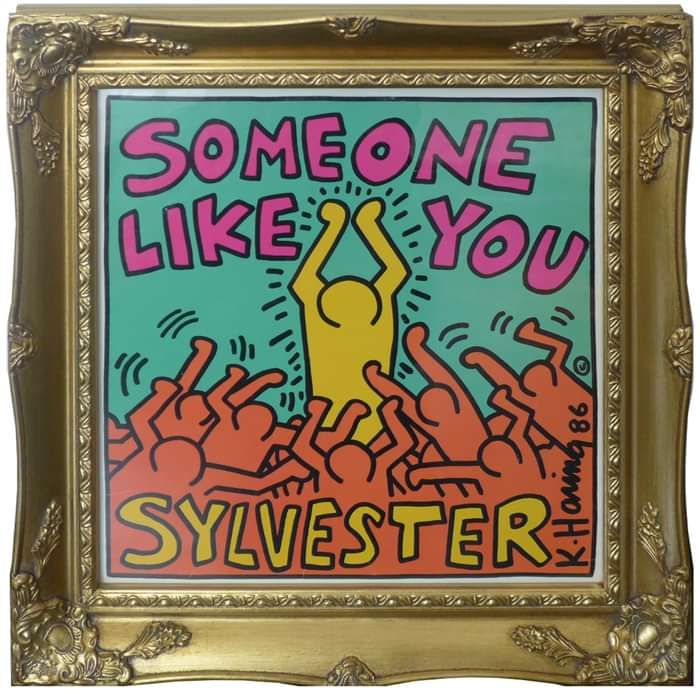 12" Cover and record for the song "Someone like you" by disco icon Sylvester (of “You Make Me Feel [Mighty Real]” fame) who was friends with the artist.

Artist and social activist Keith Haring emerged in the early ’80s inspired by New York City life alongside friends and artists such as Jean-Michel Basquiat, Grace Jones and Madonna.