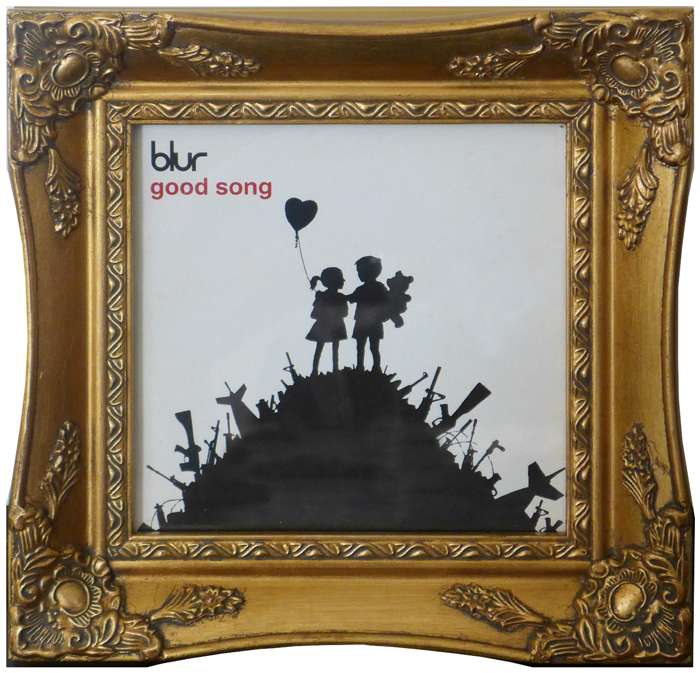 Only a handful of these were pressed back in 2003 and all sold out instantly.

Banksy speaks about designing the artwork for the 2003 Blur album “Think Tank”. The street artist is known to avoid commercial work but defended his decision to be involved. He said: *“I’ve done a few things to pay the bills, and I did the Blur album. It was a good record and quite a lot of money. I think that’s a really important distinction to make. If it’s something you actually believe in, doing something commercial doesn’t turn it to shit just because it’s commercial.” *