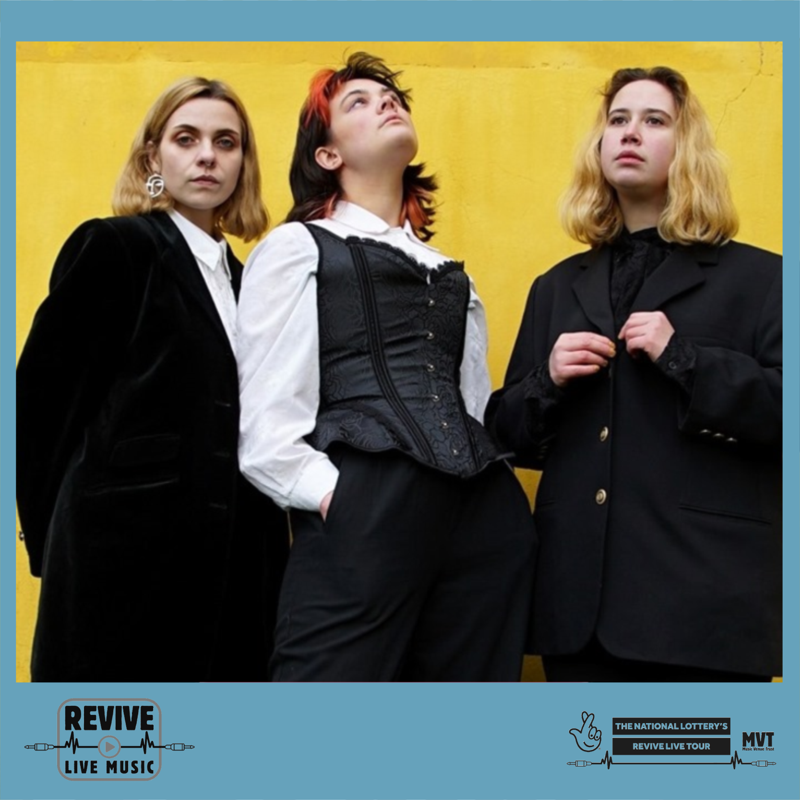 We’ve all missed live music and our friends over the last year: Now it's time to #ComeTogether and #ReviveLive

Music Venue Trust has teamed up with The National Lottery to help to #ReviveLive music in grassroots music venues across the UK this summer with a fantastic line up of tours, one off events and special performances. And it's all about bringing friends and communities back together.

But live music venues aren't just about the shows. Live music is about bringing people together, celebrating that moment, that band, that song, together.

MVT and The National Lottery want to invite you to create new moments of shared experience with your family, friends and communities. For every National Lottery Revive Live Tour event, we are inviting every ticket holder to bring a plus one FOR FREE!

All you need to do to qualify for this offer is to show proof that one of you is a National Lottery player, either by showing us a physical lottery ticket, or one within your National Lottery app.

Book one ticket, invite one friend, bring one proof of being a National Lottery player, and get two tickets for the price of one. Every ticket, every show!

Combining their love of post-punk with surfy melodies, Grandmas House have created a captivating sound that grabs you right by the throat. With vocals compared to artists ranging from The Raincoats to Motörhead and described musically as a mix between Courtney Barnettand The Slits, the original, fresh sound coming from this band is undeniable.

Formed in late 2018, Grandmas House have taken Bristol's music scene by storm, having played most of its renowned venues such as The Louisiana, Rough Trade, Exchange, The OldEngland and appearing alongside big names like Stef Chura, Frankie Cosmos and Rita Lynch.After a sold-out show with Gender Roles, Rough Trade remarked: "Grandmas House make tenacious and infectious punk rock that veers between the murky dark gloom of The Wytches and the Riot Grrl thump of Big Joanie." Other reviewers have described them as "perhaps the most exciting band to come out of the Bristol scene since IDLES."