WHERE YOUR WHOLE WORLD MEETS 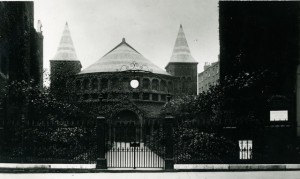 *These walls breathe ‘breakthrough’ – The Taj Mahal of North Kensington
*

1869 The ‘old tin Tabernacle’ was established on Talbot Road by the Protestant evangelist preacher Gordon Forlong. 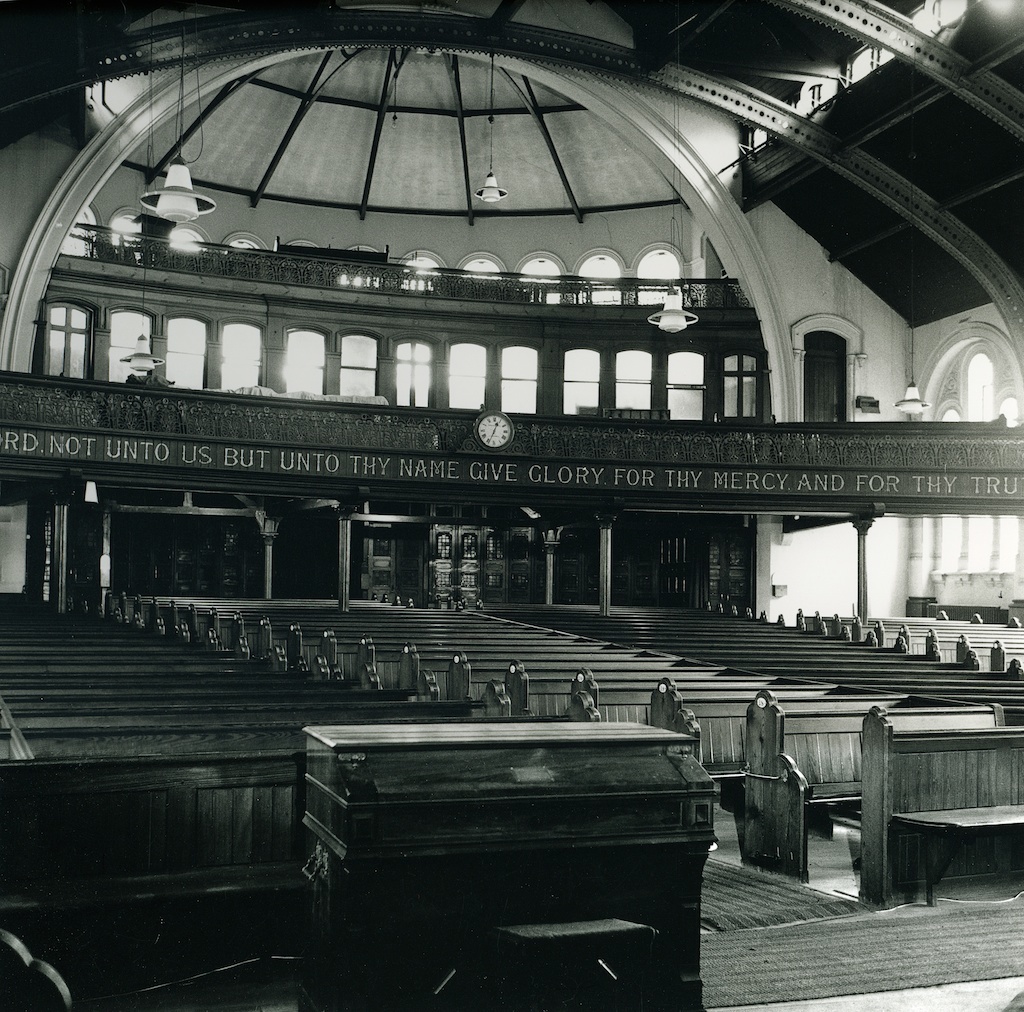 1883 Lord Shaftesbury laid the foundation stone of the current building.

1888 The Romanesque red brick and terracotta Talbot Tabernacle was completed. The building has been described as ‘the Taj Mahal of North Kensington’. 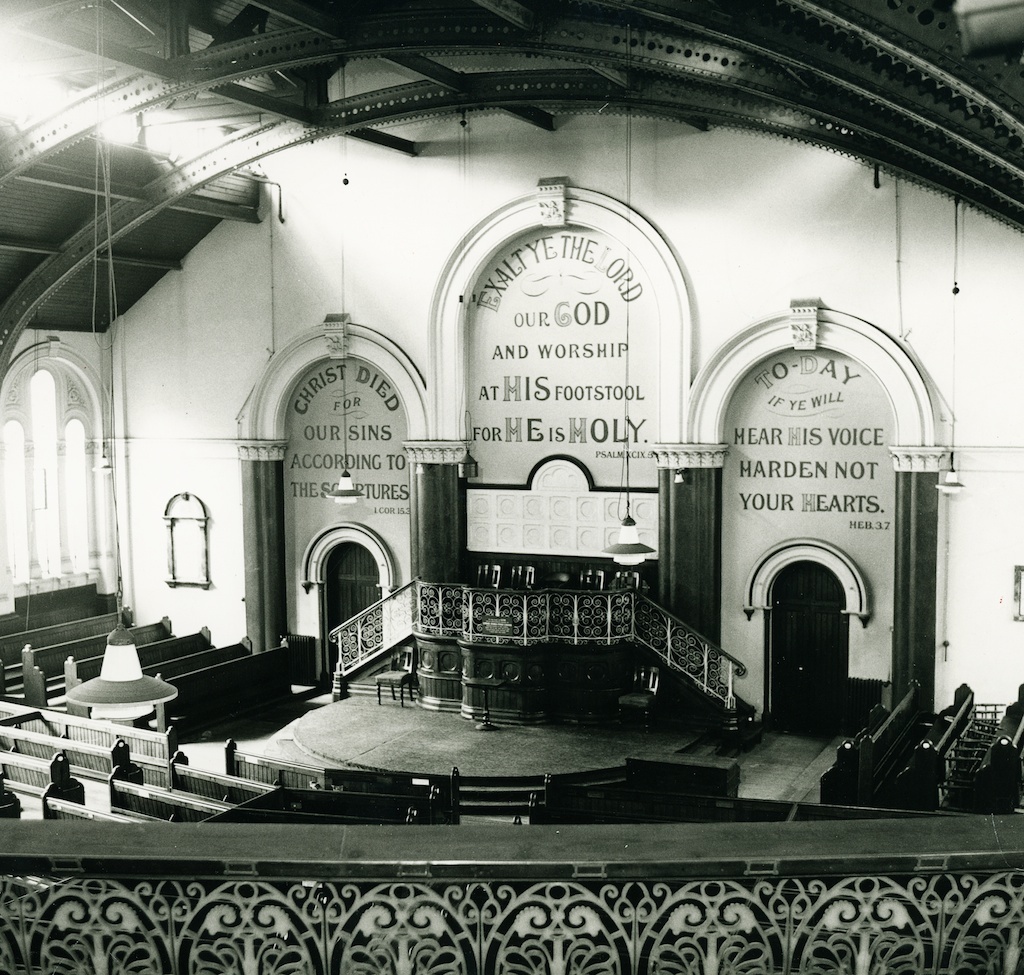 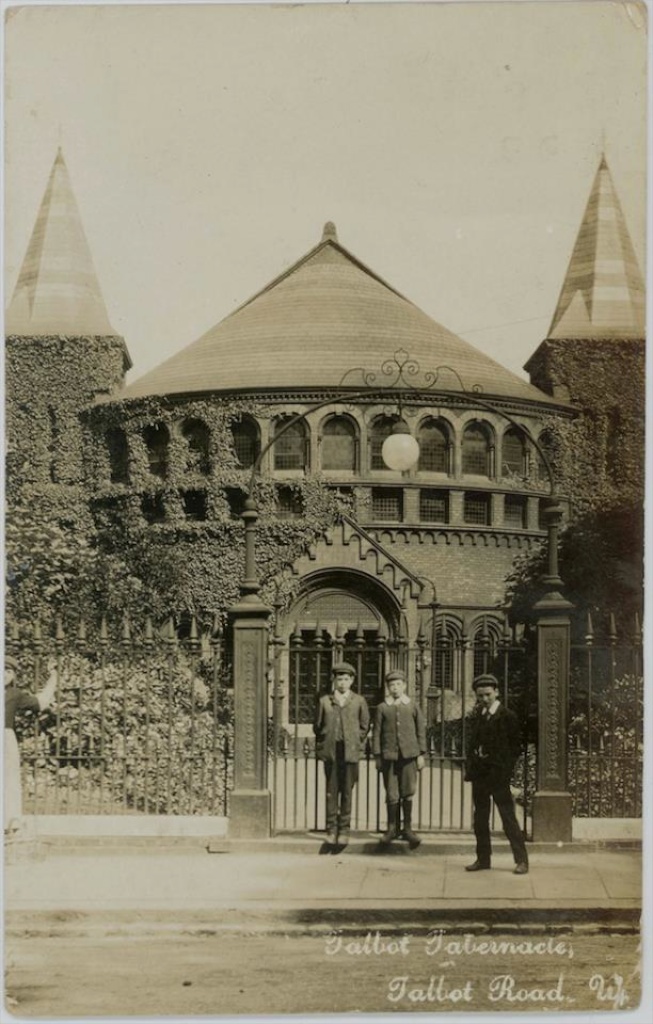 1950s Powis Square became the centre of Peter Rachman’s slum empire, the West Indian blues club scene, and the 1958 Notting Hill race riots, in which the area was attacked by fascists and Teddy boys.

1962 Brian Jones of the Rolling Stones lived on the west side of Powis Square. 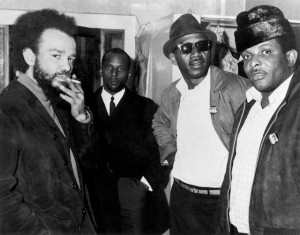 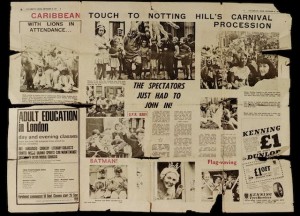 1968 The Powis Square gardens were opened as a playground by hippy community activists. 25 Powis Square starred as Mick Jagger’s house in ‘Performance’. In the 70s the Globe bar on Talbot Road was frequented by the Stones, the Beatles, Jimi Hendrix, Bob Marley and Van Morrison. 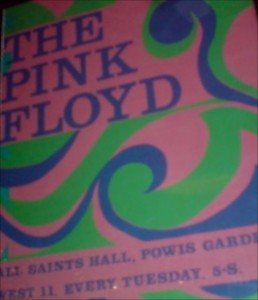 1971 Lemmy made his debut with Hawkwind in Powis Square during the Carnival.

1973 Councillors were locked in at All Saints hall on Powis Gardens and forced to listen to locals’ demands, which included opening the Tabernacle as a community centre. After the Powis Square bonfire night party, the Tab church was occupied by ‘hippy types’ for it’s first community gig.

1975 The Tabernacle closed as a church and was taken over by the Council. Demolition plans were thwarted by a community campaign, which enlisted the support of the police and the Home Office to get the Tab Grade-II Listed building status. 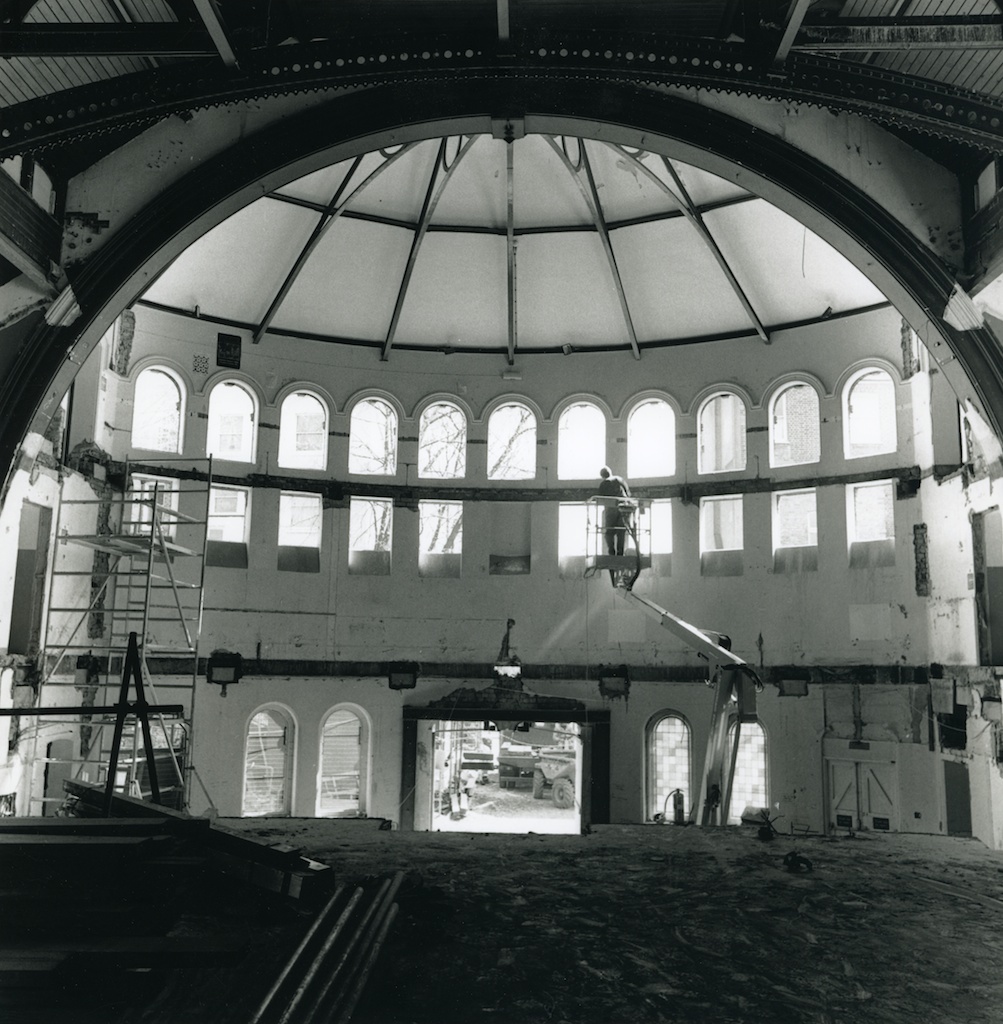 1976 Corrugated Times promoted the Derelicts at the Tab and Powis Square was visited by Marvin Gaye.

1977 The Raincoats’ debut gig was a Tabernacle benefit.

Wilf Walker’s Black Productions put on a Tab benefit gig headlined by Aswad at Porchester Hall and the first gigs on the premises. As the Tabernacle became the focal point of the local black community in the late 70s, the music changed from Protestant hymns to Rastafarian reggae at a Legalise Cannabis Campaign benefit by Moa Anbessa and the Mighty Observer sound-system Dub club. 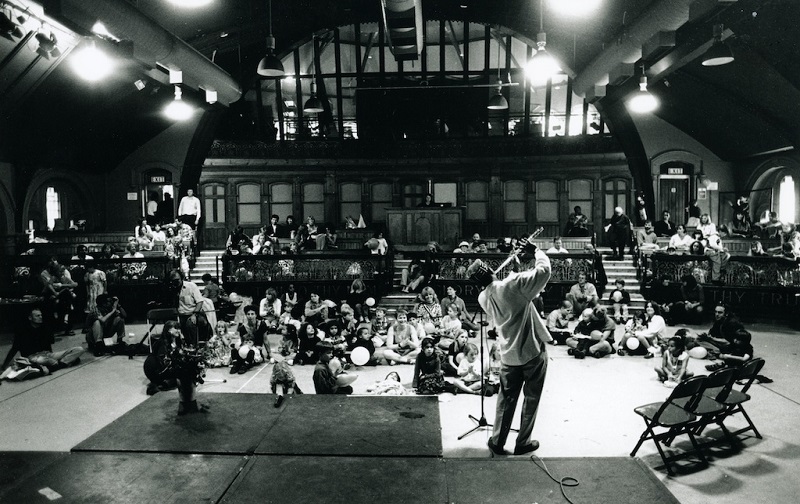 1979 At the end of the 70s Joe Strummer of the Clash appeared, at the time of ‘London Calling’, as part of the Ladbroke Grove All Stars reunion of the 101’ers.

1980s In the early 80s the Tab hosted gigs by Misty in Roots, Pearl Harbour and George Melly.

1988 In the Tabernacle’s centenary year, Joe Strummer reappeared with his post-Clash group Latino Rockabilly War. As the Tab became west London’s premier rap venue there were some early hip-hop pronouncements from the pulpit by the Krew and JC001 and a graffiti workshop. 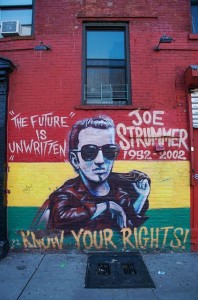 1990s Out of Ray Jones’s Roughler cabaret nights at the Tab came the Notting Hill Panto, featuring such local celebrities as Keith Allen, Andrea Oliver and Anna Chancellor. Lily Allen made her stage debut at the Tab in an early 90s panto.

1993 After the Tabernacle Arts and Community Centre went bankrupt, the Council took over the running of the building and Gill FitzHugh was appointed director of the Tabernacle Trust.

1995 Plans were announced to return the centre to community control and upgrade the building. Mr C of the Shamen made a donation from the profits of ‘Ebenezer Goode’ to the North Kensington Sports Academy at the Tab, run by the boxer Tyrone Forbes

1996 The Tabernacle Trust received a £3 million Lottery grant for refurbishment as an arts centre and permanent Carnival base, and a further £1 million from City Challenge, RBKC and charitable trusts.

1999 The Tabernacle was awarded the RBKC environment award for restoration and conversion, and officially launched by Vanessa and Richard Branson, Mick Jagger, Jerry Hall and the Duke of Gloucester.

2003 After the death of Joe Strummer there was a Tab tribute gig featuring the surviving 101’ers.

2006 The Good, the Bad and the Queen, featuring Damon Albarn (of Blur and Gorillaz) and Paul Simonon (of the Clash), rehearsed and made their debut on the premises. After the Tabernacle Trust went into liquidation, the Council carried out a public consultation on the building’s future.

2008 The Tab reopened on the 50th anniversary of the Notting Hill race riots with a staging of Vanessa Walters’ Michael X play, starring Clint Dyer as Powis Square’s most notorious resident.

2009 The Tabernacle was officially re-launched by the Carnival Village partnership of the Mangrove and Ebony Steelband, Association of British Calypsonians (ABC), and Yaa Asantewaa Arts.

2011 Adele appeared at the Tabernacle, as her second album ‘21’ was released by the XL label down Blenheim Crescent. The former home secretary Jacqui Smith discussed pornography and ‘Rev’ Tom Hollander appeared in the panto ‘Robin Hood’.

2012 The Tab was sold out for 15 year old Birdy (Jasmine van den Bogaerde), and Zadie Smith appeared at Book Slam. There was a Joe Strummer tribute night and Mick Jones was in the panto ‘Twisted’ singing ‘Should I Stay Or Should I Go’.

For Theatre and Gallery bookings luca@tabernacleW11.com