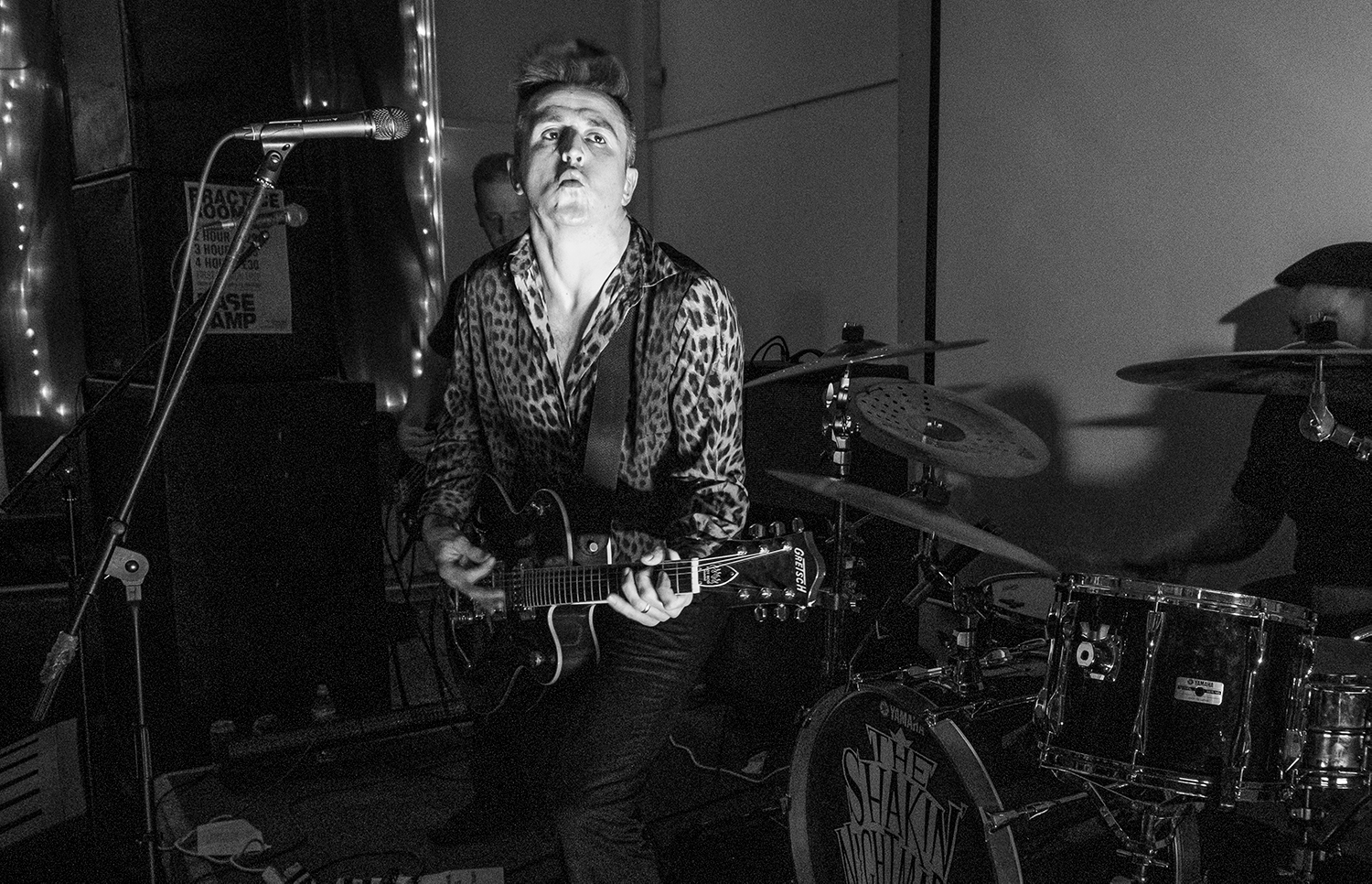 “The type of rock and roll songs that conjure the spirit of early Cure or mid-point Interpol. Dark, atmospheric and heavily intense, Revenge & Regret is a magnificent piece of work.” Narc Magazine.

"Something Bruce Springsteen might have written if he were more punk inclined.... Amazingly tight, vibrant rock and roll." American Pancake

“ The swagger of a 1950’s rock ’n’ roll star, the luring and silken darkness of the Queens of the Stone Age and the aggression of The Clash.” NE Volume

“ The Shakin’ Nightmares are a sensational live band who execute a primitively raw live performance. With bendy legs and a Joe Strummer swagger. These chaps will have you smiling, dancing and in love with rock ‘n’ roll all over again by the time their performance is one number in.” Tutti Frutti Rock ‘n’ Roll Club.

“Twisted garage rock, that is fused with gothic vibes and good old traditional R'n'R... a genre-blending monster of a band.” Behind The White Door