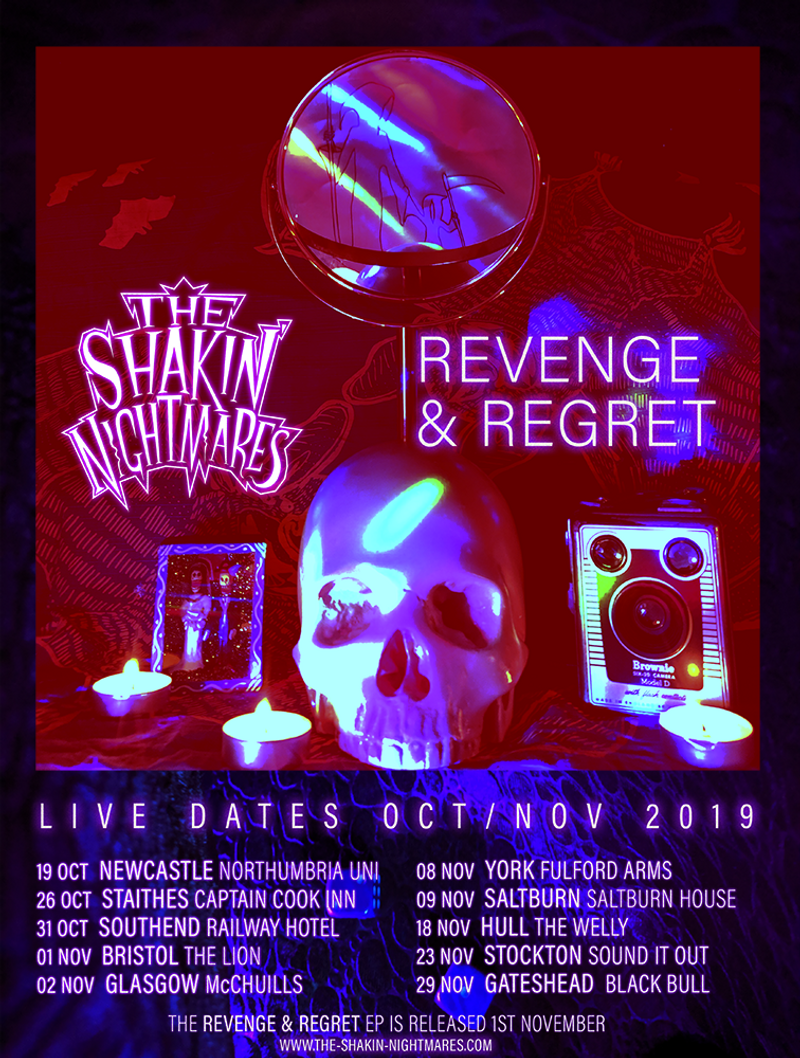 Guitar music is on the cusp of a resurgence – fact. With Sisteray there at the front of the charge along with the likes of their peers Shame, Idles, Slaves and The Blinders, after a thrilling 18 months in which they’ve lit up and shook festival stages, sold out gigs and gained the attention of fans and tastemakers alike with their previous EP release ’15 Minutes’. SISTERAY now announce the release of their brand new EP ‘Sisteray Said’ this September, ahead of a UK tour that includes a headline show at London’s legendary 100 Club.

The track ‘Algorithm Prison’, an outing of social media companies like Facebook and the involvement of Cambridge Analytica with its “we’re not your target market” refrain, has already been picked up by the Made In Chelsea TV show. Perhaps the producers were not aware or are joining in the irony of the fact that one of the highlights of the ’15 Minutes’ EP, where the band took Andy Warhol’s famous quote as their inspiration, is the track ‘3’02 Famous For Nothing’ another angry anthem regaling reality TV shows and participants. Electronic duo Feral Five have also sampled and reworked the track for their new single.

Recorded and mixed by producer Johathan Hucks ( False Heads, Spring King, etc) ‘Sisteray Said’ delivers on all the London 4-piece’s early promise, with four brilliantly inspired tracks railing against the modern age. And when punk is done with as much raw energy, sweat, with and intelligence as this, it’s time we were all listening to what Sisteray are saying, joined on the title track by Lucie Barat and Kat Five on guest vocals.

‘Sisteray Said’ will be released by Vallance Records on limited edition 12” splatter vinyl, standard vinyl, cassette, CD, and from all good digital stores on September 7th 2018. ‘Algorithm Prison’ is also available right now as an instant grat track when the upcoming EP is pre-saved through Spotify, and also with all EP pre-orders through iTunes!

Support from The Shakin' Nightmares and Eugene Gorgeous.