The Night With... presents:

The Night With... Turning the Elements (Lunchtimes) 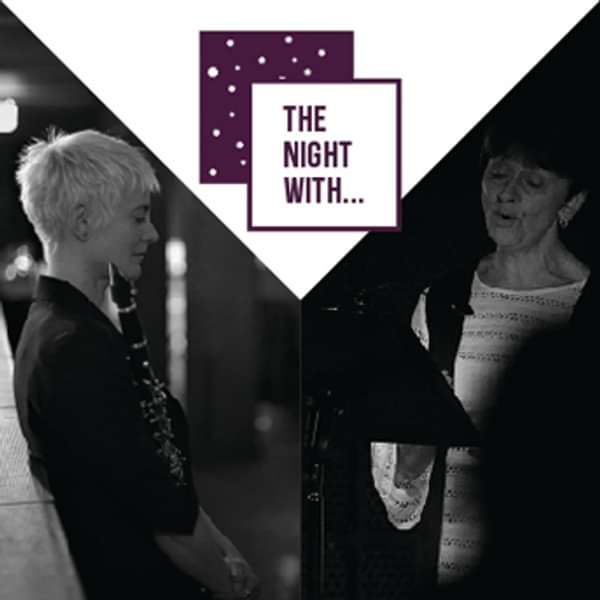 A programme of music featuring settings of Scottish poetry composed by Scottish Composers.

If you are looking for tickets for the The Night With... Evening concerts please go to the Scottish Storytelling Centre.

Turning the Elements began as the name for the 2015 project which resulted in the two suites of song in tonight’s programme. As they evolved and our performances developed, we realised that the name reflected perfectly what we do as a duo; taking music, both new and traditional, and turning the elements of each piece to fit our two instruments, the voice and the clarinet, and putting our own slant on their performance. Turning the Elements has appeared at festivals around the country: StAnza Poetry Festival (St Andrews), Fringe by the Sea (North Berwick), Sound Festival (Aberdeenshire), Book Week Scotland (Jedburgh), and taken our programmes to the Isle of Arran, Campbeltown, Dundee and Aden Park in Mintlaw (with assistance from the Hope Scott Trust).

Frances Cooper began her singing studies at the North East of Scotland Music School in Aberdeen and continued studying privately with Johanna Peters and Patricia MacMahon. She has sung countrywide with Cappella Nova and Dunedin Consort and worked extensively with various small ensembles, including Fires of Love, who released three critically acclaimed recordings with Delphian Records. Most recently she has been instrumental in forming a new ensemble, Fliskmahoy!, for three female voices and violin, a perfect foil for her duo performances with Joanna. Joanna Nicholson was a junior student at the then Royal Scottish Academy of Music and Drama and on leaving school won a scholarship at London's Royal College of Music. She pursues a freelance career encompassing orchestral, chamber and solo playing and has written and performed several musical stories for children. This summer she was artist in residence at The Barn, Banchory, where she worked on the two pieces for soprano and clarinet you will hear tonight, Do we? We do and Lux Perpetua.