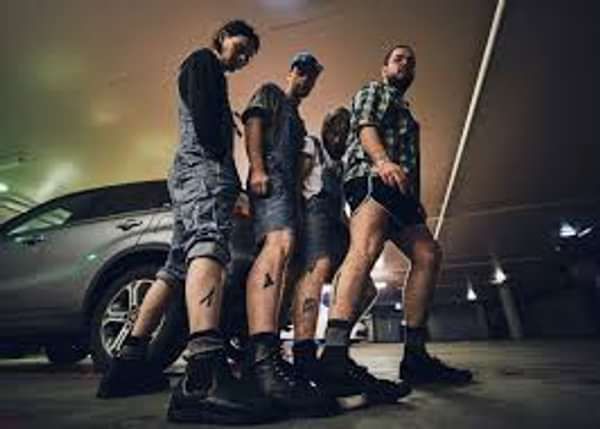 £7 in advance
Entry Requirements: Over 18s only
Buy Tickets

New date and venue. All original tickets are still valid

Joe & the Shitboys are four bisexual vegan punks from the Faroe Islands. This band was formed with the intention of calling out shitty behaviour, not only in the conservative Faroe Islands where the rock scene is filled with boneless homophobes and misogynists, but in general.

The band took inspiration from an artwork, found in the basement of an old abandoned school, with the words 'The Reson For Hardcore Vibes' together with crude drawings of a gun, a bat, brass knuckles and a set of hedge shears, somehow perfectly encapsulating the subtle nuances between punk, satire, teenage angst/anger and earnestness. And that's exactly, in so many words, what Joe & The Shitboys are all about.

After a handful of hometown shows, including at the Faroese Music Awards, the band found fans among the visiting international press with their funny and fearless Iceland Airwaves showcase in late 2019, leading to a slot in the converted NME 100 tip list for 2020.

Album 2, and their first UK and European shows are on the horizon.

"No-one is safe from their cheeky tongue and no-bullshit approach.” - Tom Smith, NME