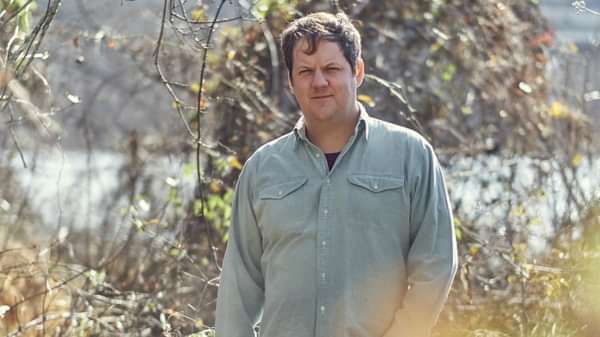 Durham, North Carolina singer and guitarist JAKE XERXES FUSSELL (yes, that’s his real middle name, after Georgia potter D.X. Gordy) grew up in Columbus, Georgia, son of Fred C. Fussell, a folklorist, curator, and photographer who hails from across the river in Phenix City, Alabama (once known as “The Wickedest City in America” for its rampant vice, corruption, and crime.) Fred’s fieldwork took him, often with young Jake in tow, across the Southeast documenting traditional vernacular culture, which included recording blues and old-time musicians with fellow folklorists and recordists George Mitchell and Art Rosenbaum (which led Jake to music) and collaborating with American Indian artists (which led Jake eventually to his graduate research on Choctaw fiddlers.)

As a teenager Jake began playing and studying with elder musicians in the Chattahoochee Valley, apprenticing with Piedmont blues legend Precious Bryant, with whom he toured and recorded, and riding wild with Alabama bluesman, black rodeo rider, rye whiskey distiller, and master dowser George Daniel. He joined a Phenix City country band who were students of Jimmie Tarlton of Darby and Tarlton; he accompanied Etta Baker in North Carolina; he moved to Berkeley, where he hung with genius documentary filmmaker Les Blank and learned from Haight folkies like Will Scarlett (Jefferson Airplane, Hot Tuna, Brownie McGhee) and cult fingerstyle guitarist Steve Mann; he appeared on A Prairie Home Companion. He did a whole lot of listening, gradually honing his prodigious guitar skills, singing, and repertoire. In 2005 he moved to Oxford, Mississippi, where he enrolled in the Southern Studies department at Ole Miss, recorded and toured with Rev. John Wilkins, and in 2014, began recording his first solo album.

"More than a mere interpreter, Fussell is a folkie in the preservationist, pre-Bob Dylan sense—learning from field recordings, folklorists’ transcriptions, archives, other musicians, and even YouTube videos, notating his sources, and reanimating the music through rites of joyous antiquarianism.” - Pitchfork

"Jake Xerxes Fussell creates music that resides at the seams of Appalachia and the cosmos.” - NPR

“His strongest album to date. Fussell is creating his own legacy within the long lineage of traditional folk musicians and storytellers that have come before him. ” - The New York Times