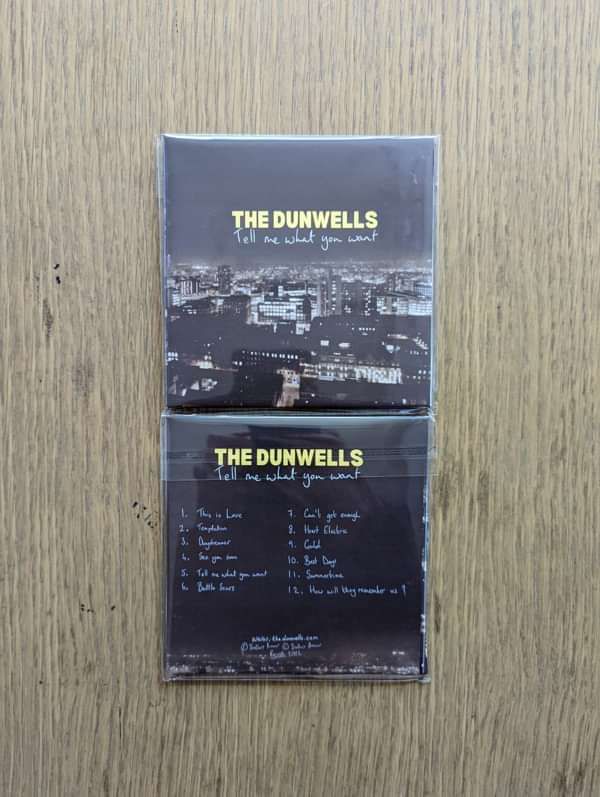 Tell me what you - CD (Signed)

‘Tell me what you want’ is a collection of 12 stunning new tracks, written over the last 2 years and is described as The Dunwells “most creative, inspired and personal work to date, reflecting a wide range of musical and lyrical influences”. Airy acoustic indie-folk-pop which focuses on strong lead vocals, harmonies and big choruses all flow through the fine production of this album. The brothers have taken their ‘indie-folk’ roots to a new level, experimenting and underpinning many of the tracks with soaring, intricate and studiously interwoven electric guitar infusions. ‘Tell me what you want’ pays homage to some of The Dunwells favourite artists and contemporaries such as Passenger, Josh Ritter, The Lumineers and Vance Joy. If you listen closely enough, you can hear the influences their father gave to them as youngsters with undertones of Paul Weller, Noel Gallagher, Fleetwood Mac, Cat Stevens, Bob Dylan, and The Beatles, running through the album. The Dunwells have in effect created a ‘soundtrack to their lives’. ‘Tell me what you want’ evokes genuine emotions of joy, love, hope, happiness, hurt, pain, and even loss. Even the most battle-hardened and stoic of listener will struggle not to be moved by some of the more emotional and heartfelt tracks in this album. It would be fair to say that this is The Dunwells most honest and personal album to date, lyrically laying it out bare, for all to hear.