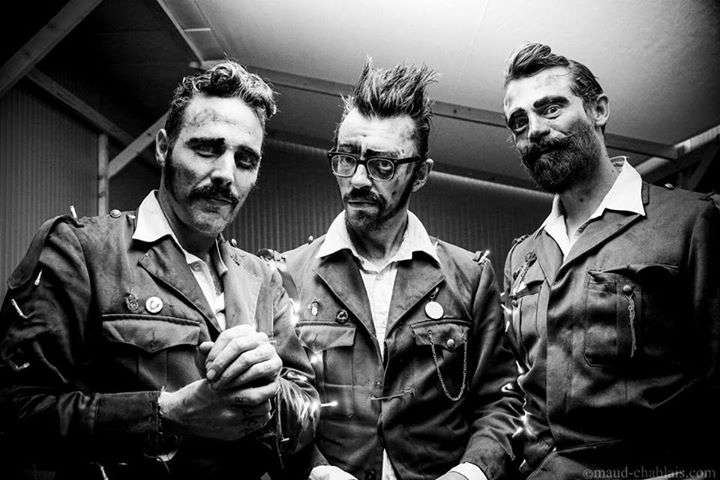 TO ALWAYS RETURN AGAIN FROM THE DESERT TO THE DISCO…PUTA MADRE BROTHERS PUTA MADRE BROTHERS return to steal your cigarettes and light your girlfriends on fire for the only show this year on July 28th at John Curtin Hotel, Carlton. Come go-go disco fake-Mexican stylee with the only band on planet earth where three gringo men with tight greased hair play three sharp guitars and three boom-bam drumkits simultaneously and get it right! And tight! AND!!! In honour of their 10th year anniversary they release a limited edition 5 song hip-hop 7” record on the night also. Only 100 copies. Never before seen! The Nuevo-huevo! With special guests: creepy boogie saxophone drum jam SLUDGE PARTY and lo-fidelic psychedelia from THE FIX UPS! and even maybe a trumpet!