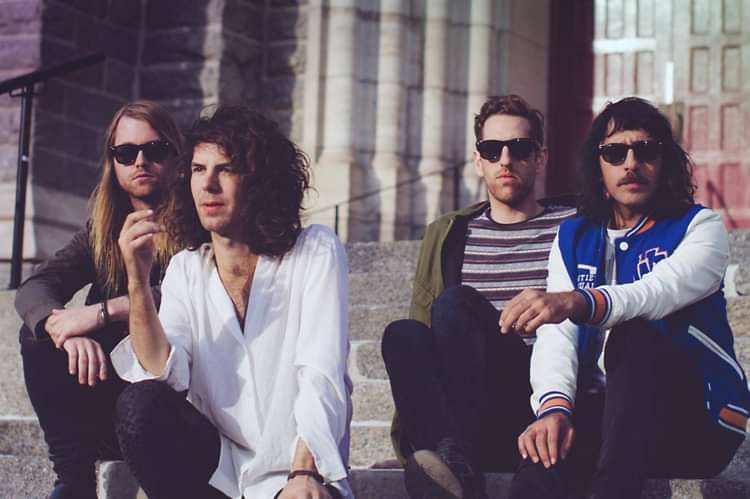 Off the back of the success of their debut album COLORIZE, PRETTY CITY have returned with their highly anticipated second album CANCEL THE FUTURE.

CANCEL THE FUTURE sails cohesively through the themes of rejection, competition, love, life, death, and loss while being musically richer, and glossier than the optimistic and hazy debut. With their confident swagger and a desire to keep pushing the artistic envelope Pretty City is a band with no fixed future but one they are determined to carve out for themselves. The band spent 2017 touring Europe, Canada & Australia supporting the likes of Teenage Fanclub, GUM & Hoodoo Gurus.

The band have kicked off 2018 with being announced as part of SXSW 2018, another European tour for April/May and the long-awaited second album CANCEL THE FUTURE out March 23

Catch the band at their huge hometown show @ The Curtin – Saturday April 7th.

The three piece Melbourne lads combine Smashing Pumpkins-esque fuzzed out guitars with washy, reverb drenched vocals to produce a dreamy yet powerful rock sound. They say they are influenced by Trent’s band from the iconic 90s film Reality Bites, and aspire to be like Mystic Spiral from Daria. The band’s inaugural voyage to this year’s SXSW (2016) saw them capitalise on their undeniable buzz. As well as scores of press reviews and interviews, their festival culminated in their official showcase reaching venue capacity to rave reviews from Glamglare, Noisy, the AU Review, to name a few.

Upon returning home, the band released their debut album ‘Colorize’ in May, 2016. Pretty City’s debut album has taken the band to new heights not only in the land down under but in the USA. Keeping good company with artists like The Kills & Paul Simon, ‘Colorize’ was the 12th CMJ most added record to US college radio in early June & is one of only two independent records to be included in the top 20. It also debuted at number 103 on the overall CMJ charts and has made top 10s on college radio throughout the country.

Back home COLORIZE garnered nothing short of rave reviews;

“Colorize covers genres such as ambient, experimental and shoe gaze, but what's truly astounding is how perfectly the album progresses. There is a clear logic behind the track listing, which ties together the flawless album. This album cries out to be played in full, start to finish, and the payoff for doing so makes for something even greater than the sum of its parts”– The Music

“The acid-drenched debut album from Pretty City will consume you with the Melbournians’ progressive sound.” – AAA Backstage

The lead single from their debut LP, ‘Running Around’ was premiered by CMJ in February 2016, describing the song and band as, 'Strutting up and along some hazy rainbow made of stadium riffage and ’90s glow stick big pants dance while gazing down at their kicks only long enough to take in that rainbow, this Melbourne-based band sound as brash and ready as a new band can be.' - Eric Davidson - CMJ, New York. The remainder of 2016 sees the band hitting the road across Australia in support of Colorize’s vinyl launch, as well as plans to come to the USA and capitalise on the record’s radio play. Both 2015 and 2014 were spent relentlessly touring and performing around Australia. They released the fresh new fuzz-rock single Piece of the Puzzle, which channelled a year’s worth of relentless touring and shows. The songs’ carefree, grungy, rock and roll attitude instantly won fans over. Dave Ruby-Howe of Triple J Unearthed said, "This band keeps getting better…There's a serious punch here that keeps the track surging forwards. " Dave Ruby-Howe Triple J Unearthed review (Piece of the Puzzle). The band also released Roll On and Flying to rave reviews on radio and the blogosphere in Australia.
The band have an insatiable work ethic, constantly releasing music that pushes the band in new and exciting direction while giving people catchy, memorable melodies you can sing along to. The band have built an undeniable momentum that has seen them support some of the country’s biggest acts including British India, Saskwatch, Stonefield, Kingswood, DZ Deathrays, the Hoodoo Gurus, Deep Sea Arcade, and Flyying Colours, while gaining praise from media along the way. 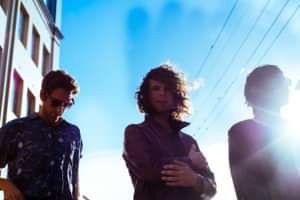