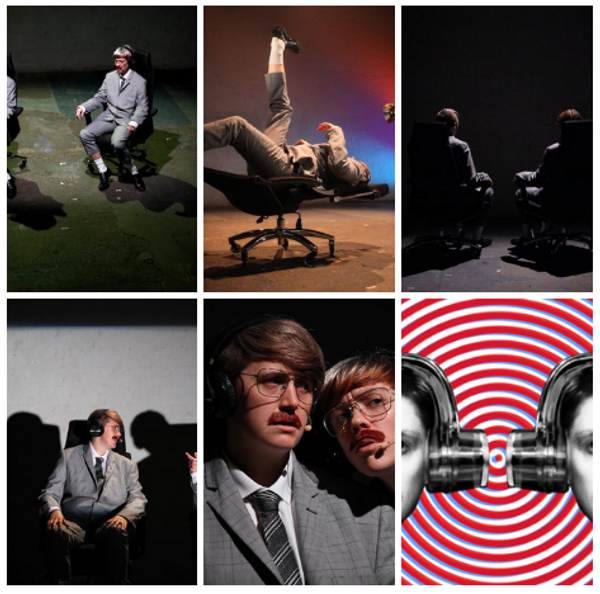 Presented by Take Me Somewhere and Outspoken Arts

It’s all about you and your opinions… so get in touch!

Cade and MacAskill take on the roles of doppelgänger radio hosts Barry and Barry, batting banter back and forth in their surreal phone-in talk show. Seeking connection with the world beyond, they can only tune into the white noise at the edges of their outer space echo-chamber.

MOOT MOOT is a weird and wild trip through never-ending feedback loops; a riotous rhythmic transmission for our times.

Rosana Cade’s powerful immersive Walking-Holding and her autobiographical performance Sister, have toured the country to critical acclaim, as has Eilidh MacAskill’s solo performance piece STUD. They have been performing as a duo for three years in the cult live art riot grrrl boi band Double P*ssy Clit Fuck.

Now they combine forces to create this hilarious new show, with a unique sound world devised by Yas Clarke. See them desperately grasp at meaning in a post-truth world, where all facts are moot.

Co-commissioned by Fierce Festival, The Marlborough Theatre and The Yard Theatre. Supported using public funds by the National Lottery through Arts Council England.