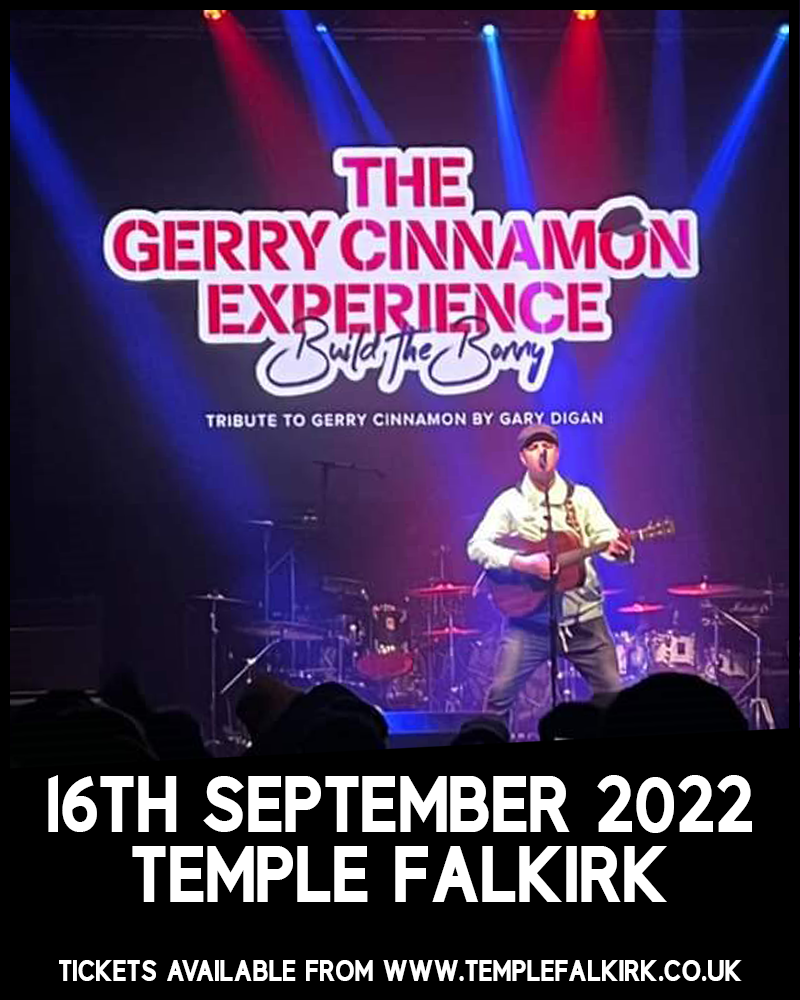 The UK's No1 Tribute To Gerry Cinnamon Comes To Falkirk!

Consistently selling out venues nationwide across the UK & Beyond this very much in demand Gerry Cinnamon Experience is a must see for any fans.

With his Strong Scottish Accent, his infamous live shows are a mixture of up-beat acoustic guitars, soulful harmonica and heartfelt vocals. The anthemic sing along tracks, laced with social commentary seem to capture the imagination of the crowd. With every track being different, it keeps the audience on their toes.

Adding to this with clever loop pedal harmonies and pounding kick drums, Gary makes a habit of whipping the audience into a frenzy which sees them leaving on a high and wanting more.

By signing up you agree to receive news and offers from Temple Falkirk. You can unsubscribe at any time. For more details see the privacy policy.