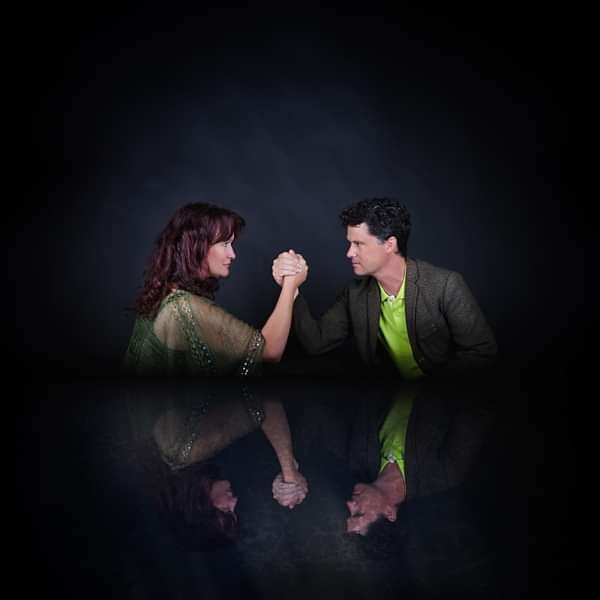 We look forward to welcoming Kathryn Roberts & Seth Lakeman to St Mary in the Castle to mark 25 years of making music together for this popular wife and husband duo.

Kathryn Roberts and Sean Lakeman have long established themselves as one of the UK Folk scene's most rewardingly enduring partnership.

To celebrate and acknowledge this milestone, the couple will revisit and reinterpret songs which span their career. From the early days of folk supergroup 'Equation' through to the current release 'Personae' with a nod or two along the way to their extra-curricular musical adventures, the evening promises a whistle-stop tour through their artistic journey to date.

One half of acclaimed local duo 'Trevor Moss & Hannah-Lou' and Hastings' candlelit acoustic club hostess Hannah-Lou Deeble has been announced to support folk award winners Kathryn Roberts and Sean Lakeman at St Mary in the Castle on Wednesday 18th March.

As a duo, Trevor Moss & Hannah-Lou have performed everywhere from The Royal Albert Hall to the home of the Grand Ole Opry- The Ryman Auditorium, from The Warsaw Congress to The Greek Theatre LA, and been championed across national press and radio. They have toured the world with a range of artists such as Jools Holland, Tori Amos, Loudon Wainwright and many more.

The pair were founders of the legendary acoustic club 'The Lantern Society', established in London and then held in Hastings for three years. After 10 years and 5 albums, the pair have recently announced that they will no longer perform as a duo, so this is an opportunity to catch Hannah-Lou in a solo capacity.