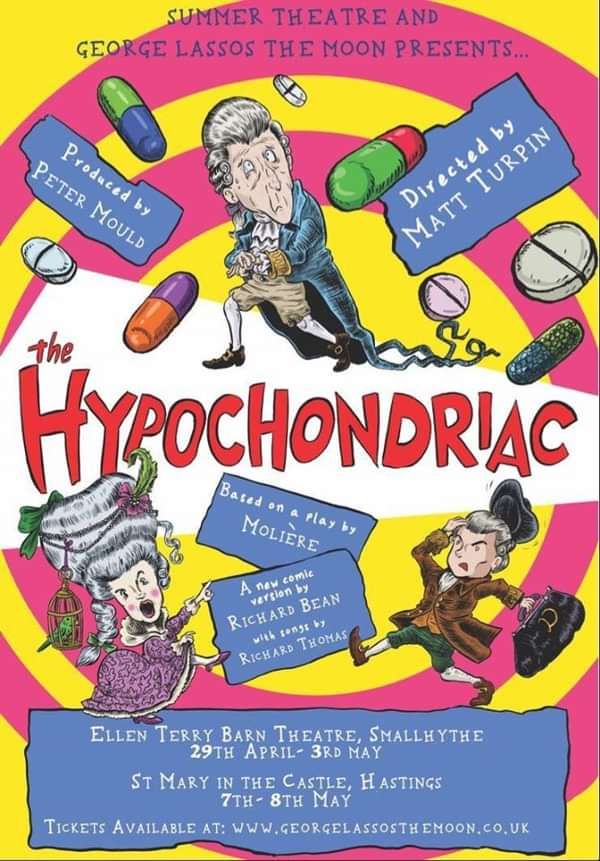 Moliere's classic farce pokes fun at Argan, a man so obsessed by his own imaginary ailments that he can no longer control his haphazard household or the mercenary medics he employs.

With doctors determined to grow fat from the profits of his condition, Argan's closest relatives battle to show him the truth of his situation. Using elaborate trickery, they strive to cure the real disease from which he suffers, managing to pile confusion upon hilarious confusion.

In a new version by Richard Bean (One Man Two Guvnors), George Lassos the Moon and Summer Theatre company are thrilled to bring this hilarious comedy to the Hastings Stage for the first time.