Band on the Wall and Root Music presents: 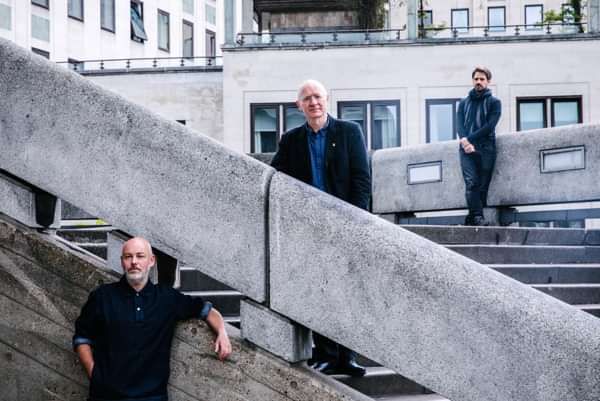 Bringing together two of the UK’s leading folk and jazz musicians with one of Scotland’s most celebrated authors, 365 is a sparse, evocative and bravely original collaboration.

It began with the words. James Robertson wrote a short story each day for a year, each story containing exactly 365 words. At first it was just a personal project, a daily routine to test his own self-discipline and rigour, but it grew into a collection of sharp, lyrical and finely observed vignettes. Intrigued by the ritual and inspired by the potent atmosphere of the writing, Aidan O’Rourke – one of Scotland’s leading traditional musicians, fiddler of the folk supergroup Lau – decided to follow suit. He composed a tune every day for a year, each tune a response to one of Robertson’s stories.

Now they perform a bespoke piece weaving together words and music. This show is about old myths, folk legends, everyday lives, hard truths, tender tales, the alchemic power of words and music. Robertson’s short stories are tiny masterpieces told with heroic concision, and he reads them with gentle gravitas. O’Rourke’s music – deeply rooted in the Scottish tradition and spun with off-kilter lyricism – taps into the atmosphere of the stories and lets the message linger. Pianist/harmonium player Kit Downes, a heavyweight of the European jazz scene, adds bold and kaleidoscopic harmonies. The show is directed by Shilpa T-Hyland, one of Scotland’s most exciting young theatre makers.

“Bravely adventurous – epic and exhilarating” – The Guardian on Lau