The Captain of the Lost Waves 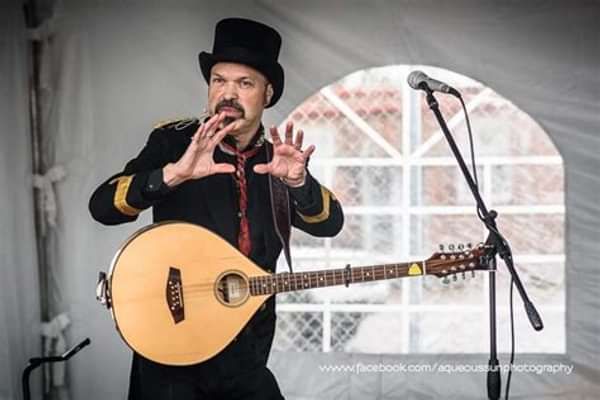 Come meet an eccentric, creative and innovative poet, troubadour and phenomenon at St Mary in the Castle

‘The mater of modern vaudeville and folk opera.’

‘The Captain was born to be an entertainer, perhaps even a prophet…watching his show is a life altering experience…heavy excesses mixed with hedonism, gluttonies and musical debauchery. Think Monty Python meets Queen’s Bohemian Rhapsody’. The Huffington Post

With almost a quarter of a century entertaining people through his storytelling, The Captain is the master of modern vaudeville and fold opera you might imagine flitted from village to village in centuries past. Indeed, with no concrete details as to his Earthly origins (beyond some vagaries about the Wild Wild West of Yorkshire in England) what can be said is that he has travelled extensively, taking his show to audiences who are transported aboard his mystical voyages as he variously inhabits the personae of Scaramouche, The Pied Piper and all the good captains rolled into one (Hook, Pugwash and Beaky for starters).

‘The Captain was born to be an entertainer, perhaps even a prophet…watching his show is a life altering experience…’ Eileen Shapiro, The Huffington Post

‘There really are no words in the English language to describe the Captain.. lyrically fascinating & melodically intriguing, a complete hidden treasure’ - Louder Than War

5 Star reviews from The Huffington Post, Glastonbury Arts and Louder than War

The Captain of the Lost Waves