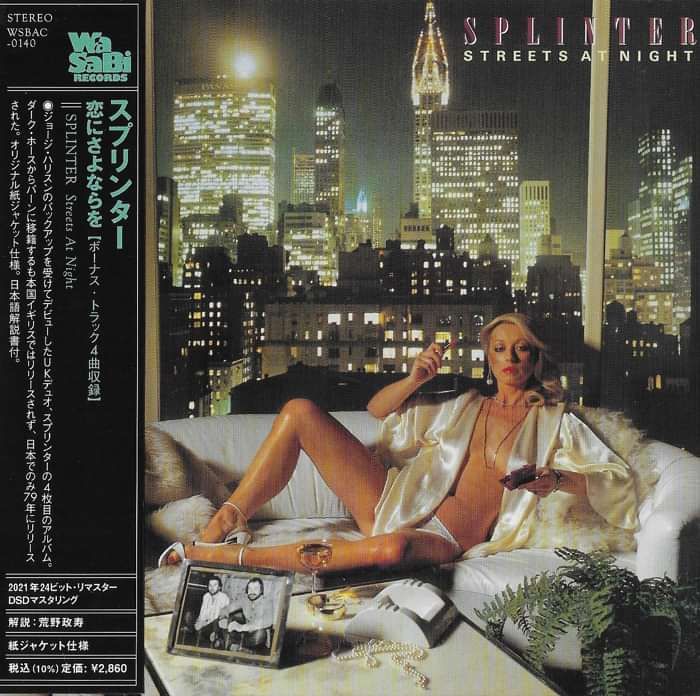 It has been said that legendary Beatles guitarist George Harrison, despite not being into the idea when Apple Records was first mooted, became so enamored of being a record company executive that he and Ringo wanted to buy Apple Records rather than have it stagger off into insolvency. As history shows, this didn’t happen but, in 1974, he launched his own label Dark Horse Records. The most commercially successful act on the label was a duo called Splinter, whose debut album and single were both international hits. Although the duo of Purvis and Elliott continued to perform together until 1984, this 1977 record, the first recorded after they left Dark Horse for pastures new is still an unrecognised masterpiece.

Bob Purvis remembers: "The album was recorded in a studio called Guardian Music and Billy & I produced it ourselves. It was in the city of Durham. We had Barry Black from the John Miles Band on drums and other northeast (England) session players. I played guitar on every track along with Terry Gavagham (who played with me later on my solo track, Cry From The Heart). The songs were written the way I wanted them produced. I personally thought they were the best we'd done but the quality of the sound wasn't 100 percent. I guess I'd moved into Disco mode. I'm not sure if Billy was completely happy about it. For his lead vocals (I Can't Turn You On, When Will You Let Go, Evergreen), he was in fine voice. I loved Streets At Night and Danger Zone. I wrote the tune for Flyin' Blind; Billy wrote all the lyrics. We wrote Stateside Girl together, but it was mostly Billy's tune and lyrics; I did the middle and end. If the album had been professionally produced and we'd had a few more musicians and better equipment, it could have been our 2nd best album." This is an extraordinary record, and one which I seriously hope is going to make more friends now than it did when it first came out.