The Black Seeds + The Hempolics 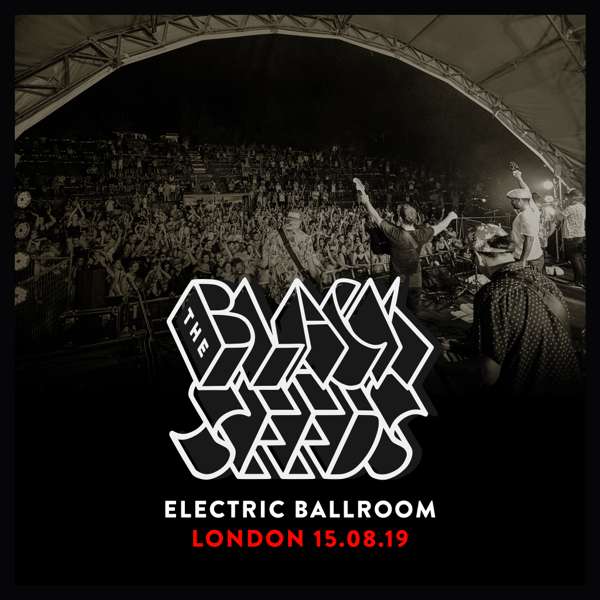 One of New Zealand’s most-loved live acts, The Black Seeds, have spent the last two decades taking the world by storm. In their homeland, they are revered stalwarts of the touring and festival circuit, while abroad they’ve remained at the forefront of New Zealand’s internationally renowned roots movement, alongside the likes of Fat Freddy’s Drop and Katchafire.

Described by Clash Magazine as “one of the best live reggae acts on the planet,” the band’s eight-piece live show infuses raw energy and good vibes wherever they go. With countless sold out tours behind them and performances at many of the world’s leading festivals, The Black Seeds live set delivers a soul party on time, every time.

With a stash of albums and hits to their name, including ‘Dust and Dirt’, ‘So True’, ‘Cool Me Down’, and ‘One-By-One’, which became an international hit when it featured in an episode of the award-winning TV series ‘Breaking Bad’, The Black Seeds have clocked up multi-platinum sales and streams. While firmly based in the island grooves that inspired the birth of the band in 1998, The Black Seed’s sound casts a wide net, laying funk, soul, Afrobeat and other eclectic elements over their dub/reggae foundation.

Having released their sixth studio album FABRIC in 2017 to critical acclaim, the band will return to Europe in the summer for the first time in 5 years.

Since 1998, vocals led by Barnaby Weir and Daniel Weetman have been the driving force behind expressing The Black Seeds message. Conscious lyrics convey personal triumphs and failures, relationships good and bad, and are underpinned by a constant optimism.

The Black Seeds released their debut album Keep On Pushing in 2001, which despite a minimal marketing budget, went on to reach platinum sales in New Zealand. In 2004, the next album, On The Sun, added a heavy dose of funk and soul to the band’s characteristic dub/reggae sound for the first time. The album reached triple platinum sales in New Zealand and included one of the band’s biggest singles to date ‘So True’, which was accompanied by a beautifully shot video that captured the essence of summer life at the bottom of the South Pacific.

The third album, Into the Dojo, signaled the beginning of The Black Seeds introduction to the rest of the world after it was released by European label Sonar Kollektiv, garnering critical acclaim and airplay, particularly in Germany and France. The albums hit single, ‘One By One’ was written by ex-band member and co-founder of Flight Of The Conchords Bret McKenzie, and was featured in AMC’s smash hit Breaking Bad and included on the show’s Official Soundtrack. The Black Seeds’ music has also been featured in numerous other TV shows and movies including Weeds, Disney’s Eight Below, and The Inbetweeners II.

The Black Seeds first began making inroads into North America with the 2008 release of their fourth album Solid Ground through Easy Star Records. The album debuted in the top 15 of the Billboard reggae charts and was named Soul Album of the Year by jambase.com's Dennis Cook. The Huffington Post called it "a damn fine record…thick, bottom-heavy, and melodic." The album was also supported by a successful U.S. tour with John Brown's Body.

A live album (The Black Seeds Live: Vol 1) and 2nd remix album (Specials: Remixes and Versions from Solid Ground) followed before the release of 5th studio album, 2012’s Dust And Dirt. Jambands.com described it as "breaking barriers in the bestest of ways with it’s unique blend of funk with a reggae backbone." The album also received strong reviews in Europe, with Rolling Stone Germany heralding the group as "the best reggae band on the planet right now." The album was supported by an 80 show tour with performances across three continents, and slots at festivals such as Rock en Seine, Lowlands and Sziget.

2017 saw the band continuing to push the boundaries of reggae with the release of their 6th studio album ‘Fabric’, featuring new guitarist Ned Ngatae and Francis Harawira on bass. The album, which included the hit single ‘’Better Days’’, reached the #3 spot on the Billboard Reggae Charts and was described by Clash Magazine as “a broad, vastly creative return..matching low-end weight against some mature, soulful songwriting.”

Around the recording sessions of Fabric, The Black Seeds still found time to tour Brazil for the first time - playing four shows in Sao Paulo, Curitiba and Porto Alegre, followed by another successful US / Canadian tour.

Overall the band’s six albums show The Black Seeds’ limitless creative energy for what it is - always progressing without compromising the soul of who they are, while remaining conscious of the world around them. But the band stresses that they focus a lot of energy on their live show. Weir says, "We've got our own specific South Pacific flavor that you wouldn't have heard before." If that's true, you're sure to hear it now, as The Black Seeds continue to reach new audiences the world over the same way they always have – by doing it their own way. 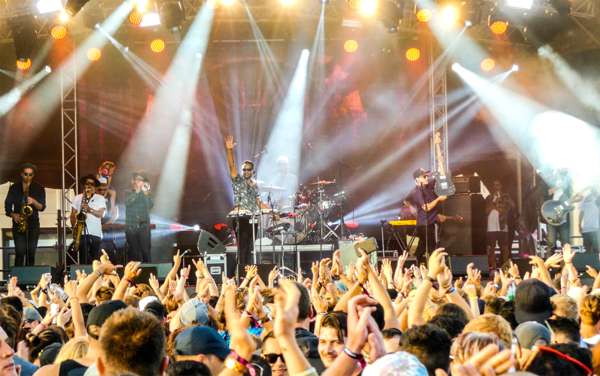 “The Hempolics are the best band in the UK – but nobody knows it yet...” - Maxi Jazz

“Like Funkadelic playing reggae in a Brixton basement” - Clash Mag

“They could be my new favourite band of all time!” - Liz Kershaw, BBC6

The Hempolics are out to put those organic rootsy vibes back into music; with their fat radio-friendly hooks, bumping soundsystem bass and a wanderlusty, ineffably real sound all of their own...

Over years of recording top international talent The Hempolics enigmatic leader, Grippa Laybourne, has been carefully honing his own masterpiece and selecting a gang armed and dangerous enough to execute it. The Hempolics caused an instant stir with their debut single Serious which hit number one in the UK reggae charts and was playlisted on Massive Attack’s BBC takeover.

New debut album ‘Kiss, Cuddle & Torture Vol. 1’ has seen the band erupt with three singles playlisted by BBC6 Music and support from Steve Lamacq, Toddla T, Rodigan & Don Letts to name a few. This culminated in BBC6 Music shortlisting the album as one of the best of the year. Liz Kershaw also picked it on her ‘all killer, no filler’ best albums of the past 30 years and invited the band to play her BBC anniversary show after hearing them smash a live session for Lauren Laverne. It’s not just on radio that the band have been breaking with album track ‘Samurai’ synched to the worldwide trailer for Coen Brothers and George Clooney film ‘Hail, Caesar!’

Sounding like the i-pod of the attention-deficit generation and swelled by guest appearances from various international talents The Hempolics have a storm brewing that promises to tear up the UK music scene. Recording underground style throughout the bedrooms and home studios of the band The Hempolics have created an infectious mash-up of Reggae, Electro, Hip-Hop, Soul, Rock and Pop. Although the weather out might be dull London-side it’s strictly sunshine vibes, resplendent with huge hooks and festival friendly choruses. These are tunes that people will be bopping to across festivals, clubs and car journeys for years to come.

The Hempolics pedigree recordings are combined with tight as a tick live performances – honed at their own underground club night in London – and they are amongst the up and coming acts to watch. They are the brainchild of veteran sound engineer and record producer Grippa Laybourne. Core vocalists, the empyreal Nubiya and devilishly dashing Dandelion, combine together impeccably, with Dan’s brother Harry sometimes stepping in with his own smooth tones. The rest of the band comprises of deft bassist Lorenzo, Leon King who ranks up there with the finest Reggae/Dub guitarists around and the exceptional Craig Boorman on drums.

Take your eye off The Hempolics at your peril. Ital business! 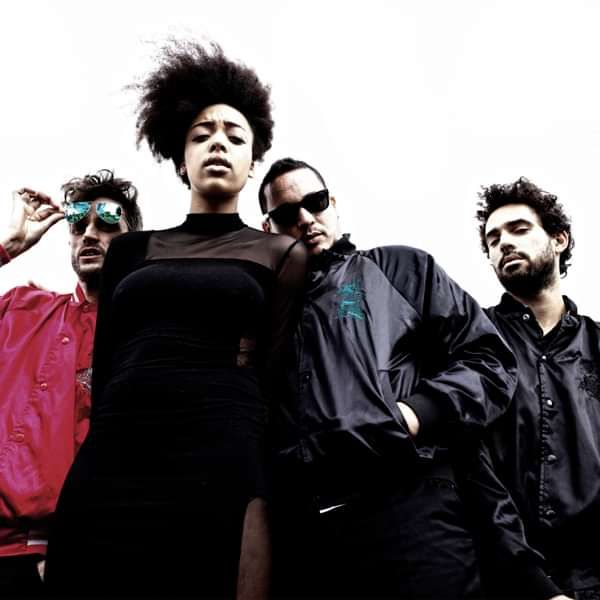