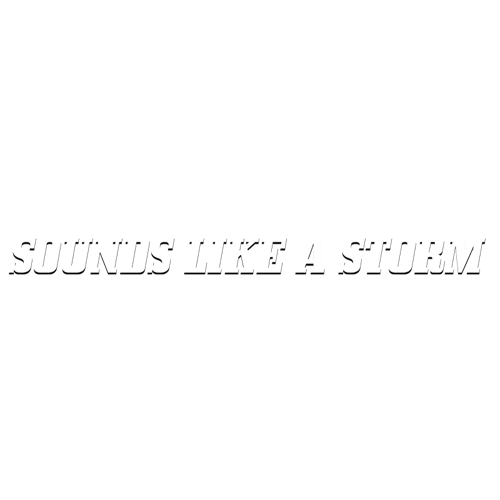 After our sell out socially distanced show at The Wardrobe was cancelled due to Covid-19, Sounds like a Storm have just announced a new headline at The Brudenell Social Club on the 22nd of December.

GET YOUR TICKETS FROM OUR LIVE PAGE

A glamorous, indie-rock prowess emanating from the North of England.

This enchanting quartet is stopping at nothing to be the band of a generation. With a newly improved outfit and a slight alteration to their true inspirations, Sounds like a Storm are looking to capture the voice of a nation - through their stylistic renaissance, relentless work-ethic and theatrical live shows. Their music holds a captivating message, while being described as ‘genre defining’ with a ‘novel and infuriated take on modern indie-rock’ - just some of the accolades gained from their momentous efforts to put on a great show.

After performances around the UK, Sounds like a Storm have played: Leeds and Reading festival; Live at Leeds; Tramlines and the Bingley Weekender. In between festivals, they have supported Twisted Wheel, Easy Life, King No-One and the Blinders. With sold-out shows nationwide, and a hunger for more of the same, this band shows no sign of slowing down.

With music at the heart of their system, honest and enthralling symphonies are exactly what they create; channelling a punk-rock attitude with a vintage sound of stadium filling anthems inspired by previous generations.

They have entwined the kinetic feeling of voracious riffs and poetic harmonies with the emotion of the streets they call home - emotions that resonate beyond neighbouring societies.

These humble principles are why Sounds like a Storm have not only found themselves, they have their 5th member - YOU.

Halfway 2 Nowhere - Artist of the weekend

This weekend marks the best three days in the British music calendar as Reading and Leeds Festivals take place. We have picked one artist, opening up the Radio 1 Stage, as our artist of the weekend who you simply cannot miss – they’re Leeds band Sounds Like a Storm.

For about 2 years now, we’ve followed this four-piece grow from a generic rock band, to one of the most exciting bands in England. On Friday they will open up the whole festival down in Reading before playing to, an anticipated huge crowd at Bramham Park in Leeds. Ahead of the band’s biggest sets of their life (potentially opening for Bring Me the Horizon!) we spoke to frontman Sennen Ludman to find out just what this opportunity means to Sounds Like a Storm.

By signing up you agree to receive news and offers from Sounds like a Storm. You can unsubscribe at any time. For more details see the privacy policy.

By signing up you agree to receive news and offers from Sounds like a Storm. You can unsubscribe at any time. For more details see the privacy policy.