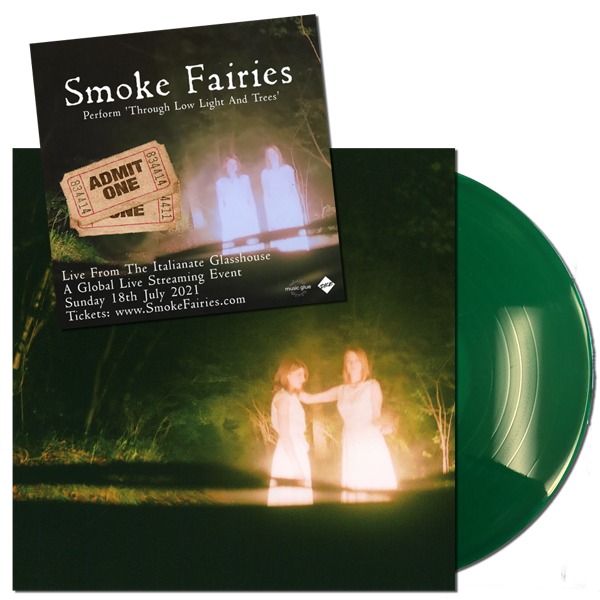 We have added an option to 'pay what you want' for the event allowing the opportunity to add a donation over and above the ticket price. Any donations received will be shared with the #saveourvenues campaign to support the live music industry.

PLUS: Re-pressed in the USA for the 10th anniversary of the debut album. Translucent Green Vinyl LP Limited to 500. Smoke Fairies - 2021 'Through Low Light And Trees' Ltd Ed.

The records are with United Record Pressings in Nashville, TN and are subject to worldwide delays in vinyl manufacturing however we expect to be shipping late August.