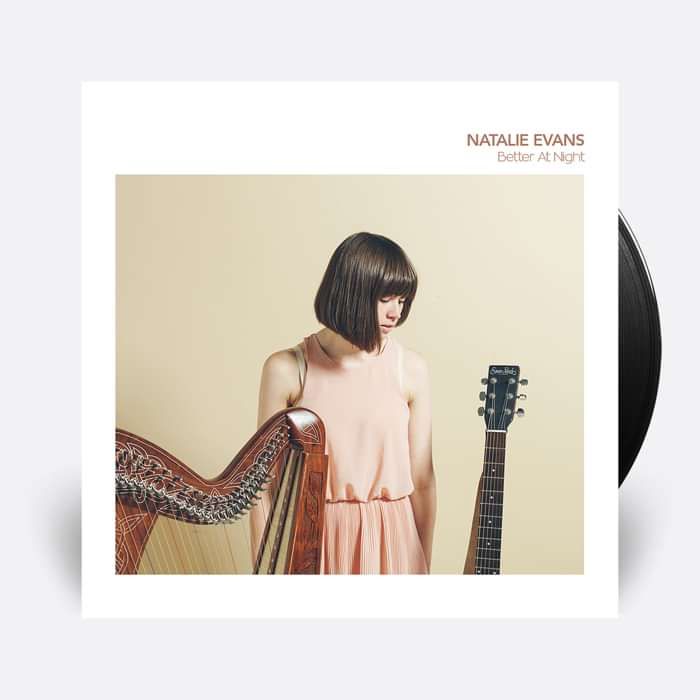 Fusing her virtuosic talent on guitar, harp and piano with finely tuned songwriting sensibilities, Natalie Evans’s songs glow with a rare self-contained grace, as she wraps her minimalist and deceptively simple lyrical lines in winning hooks and harmonies.

Influenced as a songwriter by eclectic artists including Jeffrey Lewis, Warpaint, Björk, Sufjan Stevens and TTNG, Natalie Evans has herself inspired comparisons with folk sensation and fellow harpist Joanna Newsom. Her early career has seen her winning fans via self-releases including the “Houses” EP, and the a feature on Delta Sleep's 'Camp Adventure, which has gained over 1.5 Million Streams on Spotify. She has also worked with TTNG (Sargent House) side-project The Otter Years, and Apidae (Dumont Dumont), and released a split single with US rising star Yvette Young, which tied in with a joint tour of California. Also playing extensively in the UK, Evans has performed alongside acts including Laucan (Sunday Best), Tall Ships (FatCat) and Delta Sleep (Big Scary Monsters).

Although she’d had no classical training, a fascination with classical music inspired Evans to learn piano and harp in recent years, her talent and studious approach leading her to achieve an astonishingly high level. These instruments add to her mastery of the guitar, which began as a teen hobby and became something of an obsession when she discovered the finger-picking style that she has gone on to make her mainstay.