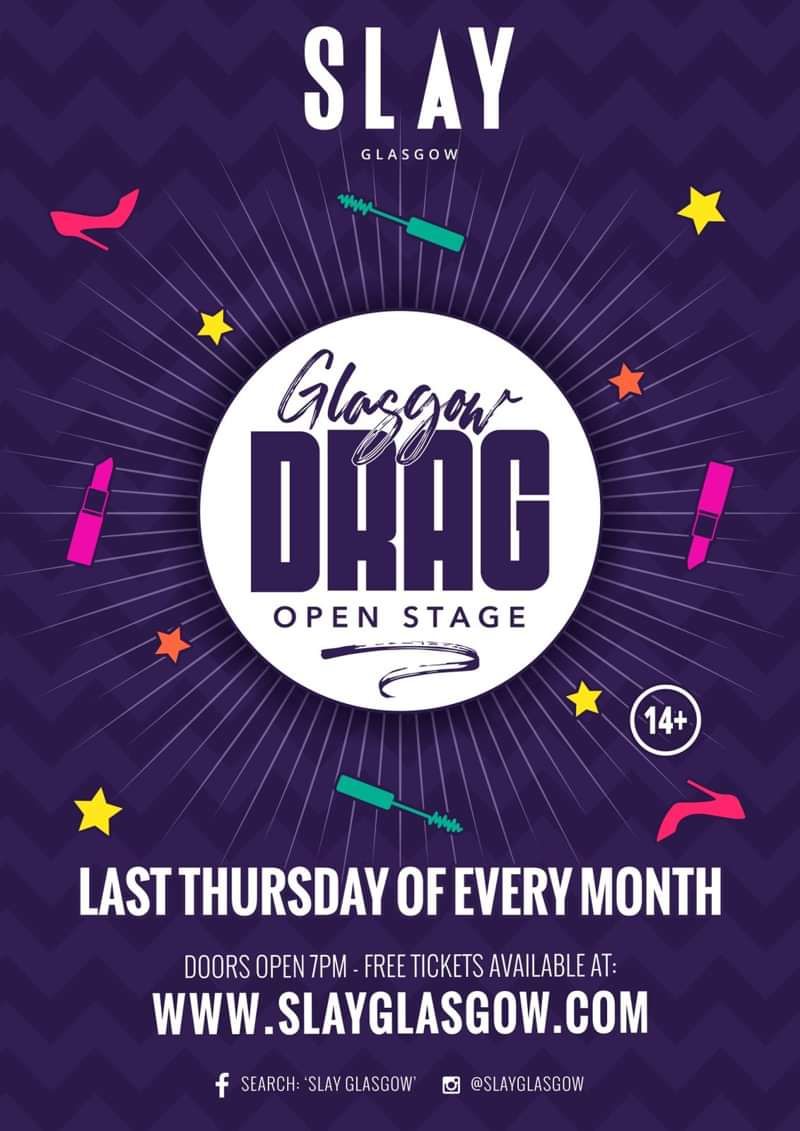 🚨 We're super excited to announce that drag is returning to SLAY! Due to the previous success of Slay's open stages, we're launching a regular monthly open stage show for new and upcoming performers in the Scottish drag scene!

As part of this open stage, we are also offering the opportunity for all performers to compete in LIP-SYNC BATTLE ROYALE TOURNAMENT at the end of the show for a cash prize. This is non-compulsory and further details will be discussed with the chosen applicants after confirmation.

We are very keen to get as many new and upcoming queens, kings and things on our stage, so please apply below to get involved!