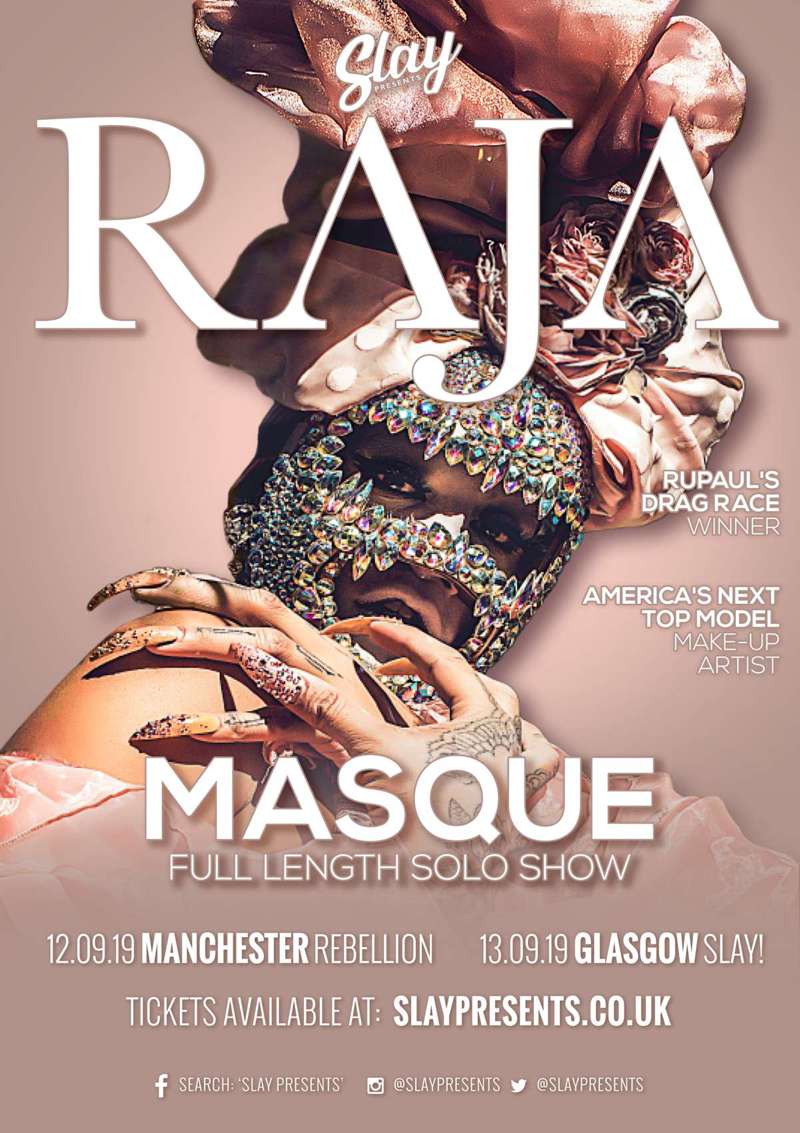 RuPaul's Drag Race winner and America's Next Top Model make-up artist RAJA will present her new solo show MASQUE in the UK for the first time.

In the 1600’s, the masque – an elaborately staged evening of courtly entertainment – was considered to be the highest artform in England (until those uptight Puritans closed down the theaters and forbade such immoral debauchery). Following in the noble tradition of the performing courtiers, RuPaul’s Drag Race favorite RAJA presents a MASQUE for the 21st century. MASQUE promises a highly entertaining new evening of song and story that is certain to delight drag enthusiasts and royalty alike.