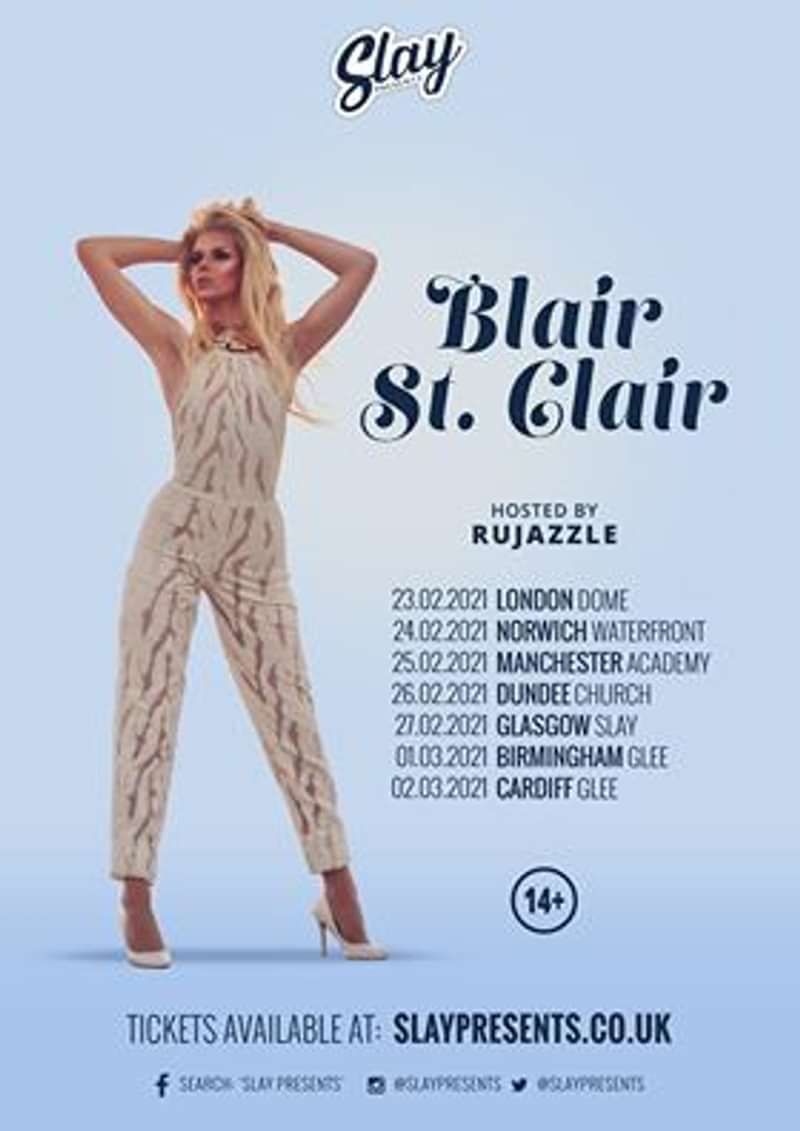 I Do Declare, It's BLAIR ST CLAIR!

Praised by PAPER Magazine as a “pop queen with huge ambition,” Blair St. Clair is breaking barriers and challenging expectations in the mainstream music world. The Indianapolis native first burst into the public eye as a contestant on the tenth season of RuPaul’s Drag Race. Following the show, she released her 2018 chart-topping debut album, Call My Life. The album reached No. 1 on both the iTunes Dance Chart and the Billboard Dance/Electronic Albums Chart, and featured her hit single “Now or Never.”

Along with the exciting announcement of her participation on the upcoming season of RuPaul’s Drag Race All Stars, she recently released her newest single “Empty.” In contrast to her successful dance hits, Billboard describes “Empty” as a “moody, lovestruck R&B-driven banger.” It the first offering from her upcoming album IDENTITY, which she has been working on for over a year.

“I feel like drag is usually mistaken for only being a visual art form for what you see on the outside and on the stage. For me, this album is all about sharing myself from the inside out versus what you may find on the surface,” Blair says of the upcoming project, featuring tracks she co-wrote. “I wanted to come up with songs that were about my present, my past, and hint toward where I plan to go in my future. It’s been a huge journey, but I’m so proud of what my team and I have created.”

Hosted by Ru Jazzle with support from Slay! queens.

Please note: This is a standing show.

Ticket terms: All sales are final - Tickets are refundable only if the show is cancelled. If rescheduled your ticket is valid for the new date or we can provide you with a credit for future show of your choice.