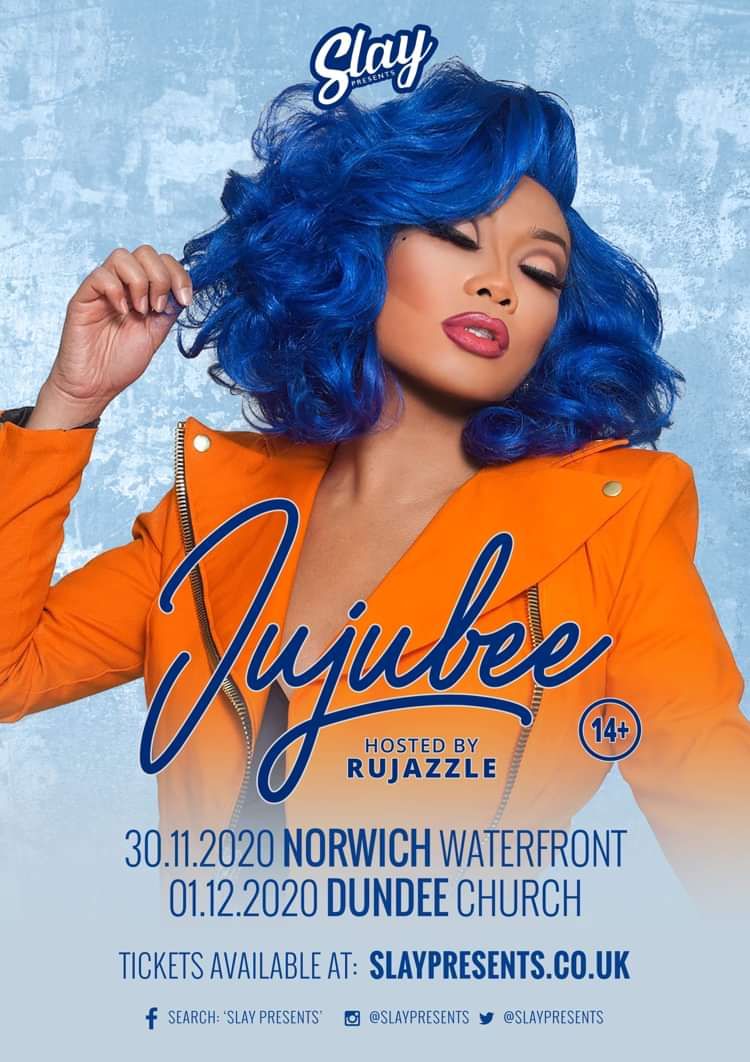 Jujubee is the stage name of Airline Inthyrath, a professional drag performer, makeup artist, singer, and comedian from Boston, Massachusetts. Style and beauty have always played a major role in Jujubee’s career. On top of working as a former professional makeup artist for MAC cosmetics, Jujubee is one of America’s most beloved fashion Drag Queens. Best known for being a contestant on Season 2 of RuPaul's Drag Race, Season 1 of “RuPaul’s Drag Race All Stars” and a regular guest artist on companion series “RuPaul’s Drag U.”, Jujubee is also one of four hosts on the hit TLC makeover series “Dragnificent”. Currently Jujubee is on screens as part of RuPaul's Race Race All Stars Season 5 -- Catch her up close & live in Norwich this November with Slay!