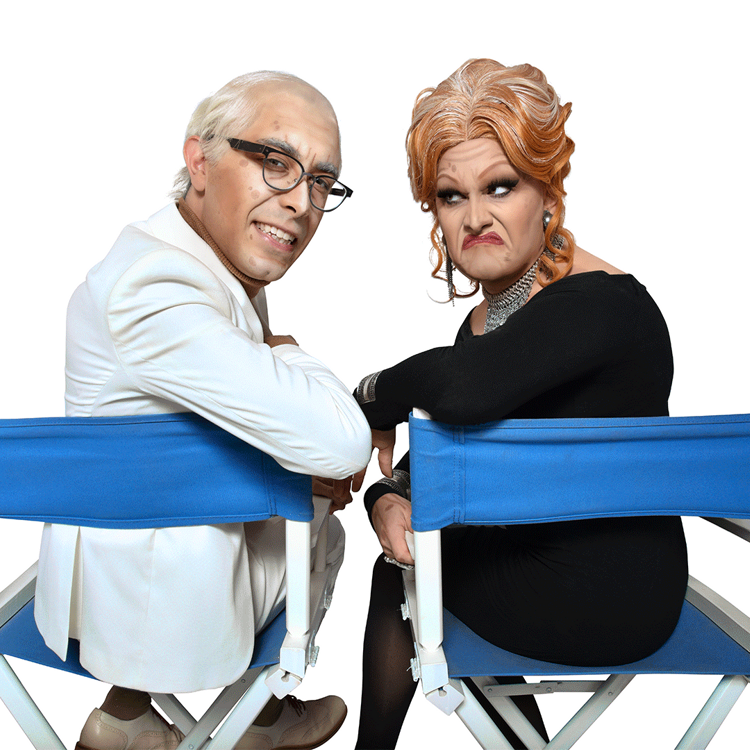 
Entry Requirements: 14+ (Under 18s accompanied by an adult)

It’s been forty-five years since Jinkx Monsoon and Major Scales have set foot on stage together. The long-endured cabaret duo have long since gone their separate ways; Jinkx becoming a faded TV movie starlet, and Major fading into musical obscurity - each of them clinging onto what scraps of fame they still have. Now, after decades of anticipation, the two of them have come together for one final reunion upon the stage. They’re together again, again!

The 'RuPaul’s Drag Race' Star and musical prodigy Major Scales return to the UK with their most outrageously raucous show yet!

Jinkx Monsoon is a hard-working single mother with ambition. Since winning Season 5 of 'RuPaul’s Drag Race', she has toured the world performing her original cabaret shows with her music partner, Major Scales. The duo have also released two albums: 'The Inevitable Album' & 'The Ginger Snapped'. You may recognize her voice from Cartoon Network’s 'Steven Universe' and 'Mighty Magiswords'. Her web show, 'Cool Mom', co-starring her comedy partner Nick Sahoyah, can be seen exclusively on WOW Presents Plus.

Major Scales is the evil twin of Richard Andriessen, a musician, writer and performer based in Seattle. He has written everything from award-winning New York shows on the east coast to music for amateur adult films on the west.

“Straight or gay, everyone leaves this show with sides aching from laughter”

“The laughs are jam-packed, and the musicianship is flawless… It’s an expert blend of comedy, song and theatre and I’m going to do my best to see it a second time”.