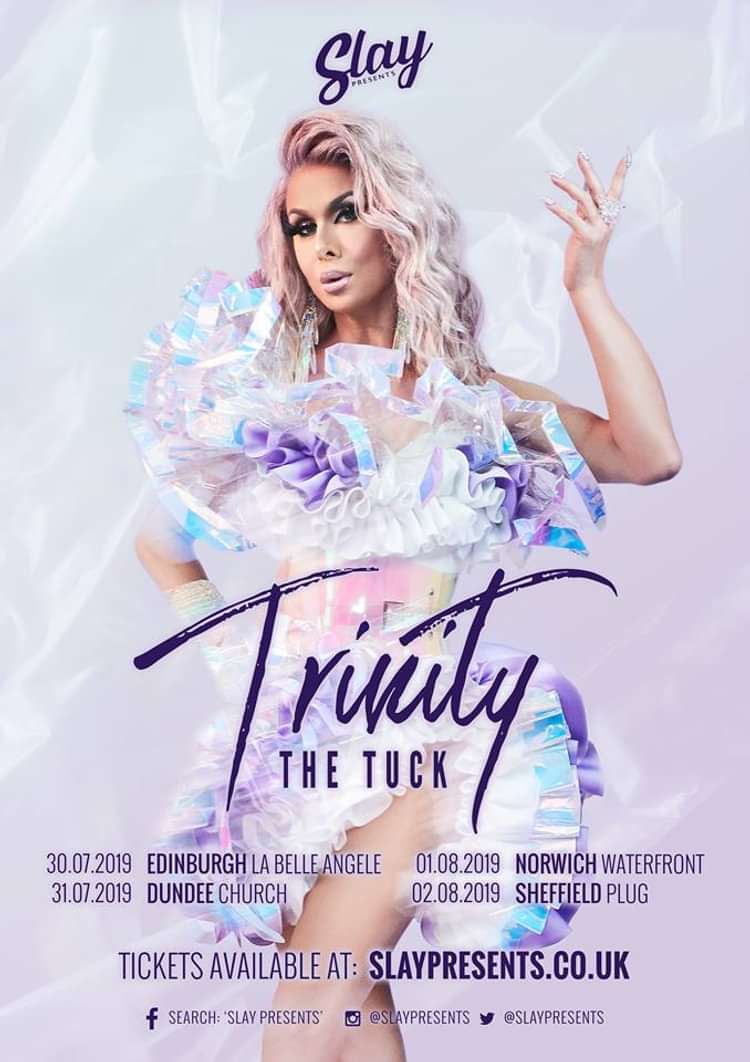 
Entry Requirements: 14+ (Under 18s accompanied by an adult)

Trinity The Tuck (formerly known as Trinity Taylor) was a stand out star on the 9th season of RuPaul's Drag Race. A pageant queen who discovered talents in comedy and stunning club kid looks, she was invited back to star in All Stars 4, where she's slayed the competition and left crowned as joint winner.