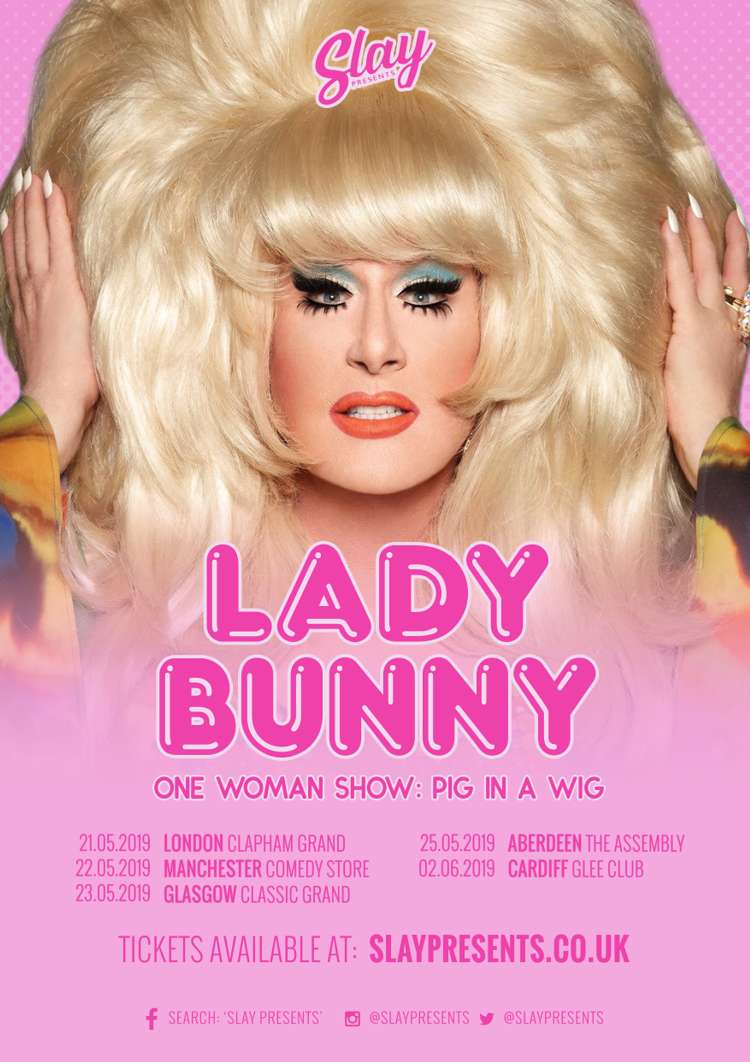 Drag legend LADY BUNNY will present PIG IN A WIG as part of her 2019 UK & Ireland Tour.

Get ready to hold your sides laughing with the legendary warthog of Wigstock, LADY BUNNY in PIG IN A WIG. America's favourite sow in a smock promises a night of corn-fed comedy, filthy music and plenty of wallowing in the mud. The show will feature Broadway parodies, Bunny's salute to Laugh-In, some brand new material and some so old that only the dead will recall it. The New York Times best described an evening with the demented drag doyenne as, "authentically scary, sewer-mouthed, gutter-glam fierceness… (Lady Bunny) made me weep with laughter, often while groaning with disgust. And isn’t that what the best low comedy is all about?”

With her glitzy outfits, sky-high wigs and false eyelashes long enough to embarrass Tammy Faye Baker, multi-talented drag artist LADY BUNNY would turn heads even if looking glamorous was her only talent. But “she” isn’t just another man in a dress: Bunny is a successful comedienne, DJ, actress, singer/songwriter and most famously, the emcee and creator of Wigstock, the outrageous drag festival of drag and music which electrified New Yorkers every Labor Day for over 20 years. Wigstock featured almost every queen who ever worked in NYC, but also attracted more mainstream recording acts who just wanted to join in the fun–including Dee-Lite, Debbie Harry, Boy George, RuPaul, John Cameron Mitchell as Hedwig, The B-52s’ Cindy Wilson, Crystal Waters, CeCe Peniston, Ultra Nate, Kristine W, Barbara Tucker and Vickie Sue (Turn The Beat Around) Robinson. Soon, the festival became known as a hipper version of Gay Pride Day.