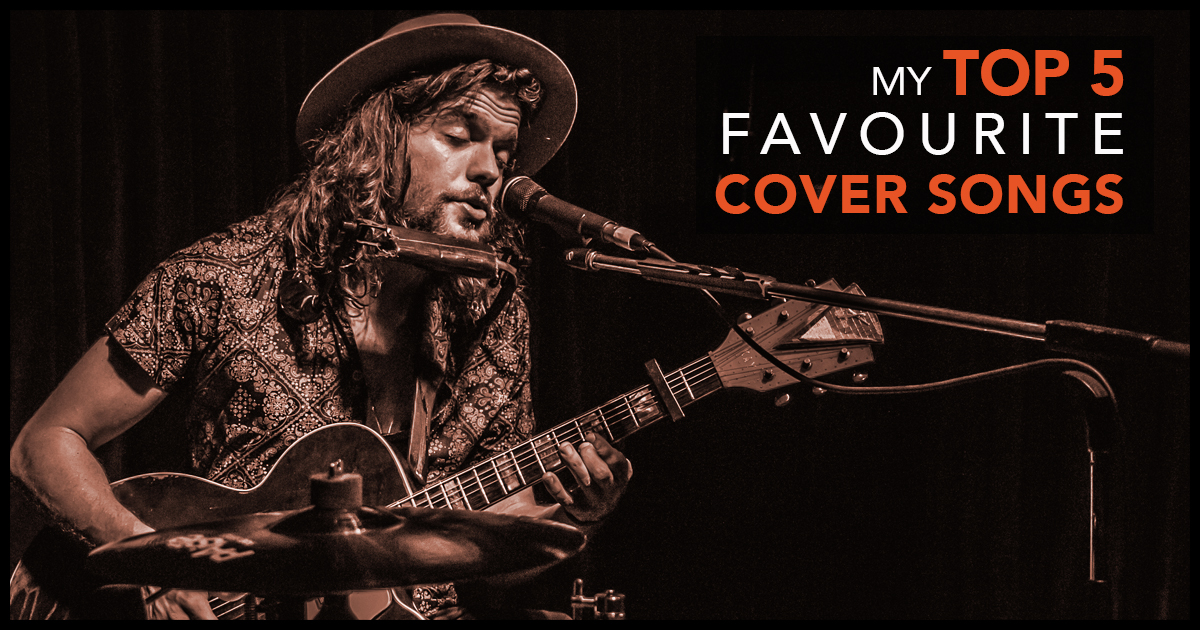 Ahead of the impending debut episode of #Requesthis, my brand new cover song request show which drops tomorrow across Facebook, Instagram IGTV and Youtube, I thought it would be fitting for me to give you a little insight into some of my favourite cover songs of all time.

There's really nothing like hearing your favourite artist cover a track that you know and put their own unique spin on it as a tasty little surprise at a live show or on a new record release.

No doubt I could have included a thousand more tracks in this list, but for now, these were some of the first that came to mind.

The roaring reaction of the crowd when Bruce sings the words “Tonight I’m gonna take that ride, cross the river to the Jersey side” is spine tingling stuff. Throughout the performance you can hear ever so clearly that this was Springsteen and the E Street Band in their absolute prime. As they walk gently through the track with grace you can’t help but drift off into the distance and dreaming of being in the crowd that night. And just when you think it’s all over after five minutes and thirty seconds, in steps a very late delivery of a Clarence Clements ball busting saxophone solo like icing on a cake.

2. The Black Keys – Nobody But You

Junior Kimborough was one of ‘last Mississippi bluesmen’ that Fat Possum released records for in the late 90’s/early 2000’s. Story has it that he was an 'interesting' character to deal with and also fathered some 36 children (somebody get this guy a vasectomy!). His songs were smothered in raw groove, as well as some very tasty blues riffing.

It’s no secret that I’m a huge fan of The Black Keys. Their rendition of ‘Nobody But You’ from their 2006 ‘Chulahoma – songs of Junior Kimborough’ record is all class. Dan Auerbach’s tape saturated guitar tone is to die for. His vocal tone and phrasing are silky smooth, and Pat Carney’s drumming sits in the pocket perfectly to deliver a killer cover of a killer track.

I was one of those kids who got into Jeff Buckley through their adolescent years and would listen to ‘Grace’ on repeat for days. For a long time, like so many others, I listened to Jeff Buckley’s ‘Hallelujah’ ignorantly thinking that it was written by the man himself, only to discover years later it is actually a Leanord Cohan cover.

If you’ve been living under a rock and yet to discover Buckley’s beautiful rendition of this masterpiece, please just take six minutes and fifty three seconds from your day to step out into the light and take a listen. You won't regret it.

4. Creedence Clearwater Revival – I Heard It Through the Grapevine

This one is an absolute classic, chances are you’ve heard it blearing on some speakers whilst hanging out at your favourite local bar or through your best mates car stereo on a road trip to nowhere.

Originally written by the late great Marvin Gaye, Creedence take a 3 minute Motown masterpiece and transform it into an 11 minute garage band jam that threatens to groove until the end of eternity. What a band!

Arguably my favourite blues artist of the modern era, when Gary Clark Jr released ‘Blak and Blu’ back in 2012 it was the only thing I listened to for 6 months, whilst I drove for hours on end across the country.

He followed the album up with ‘Gary Clark Jr. Live’ in 2014; a live album made up of performances recorded in various locations across the globe. The album features a number of old blues classics including ‘Catfish Blues’, ‘Three O’Clock Blues’ and ‘When the Sun Goes Down’ but for me this is the pick of the bunch.