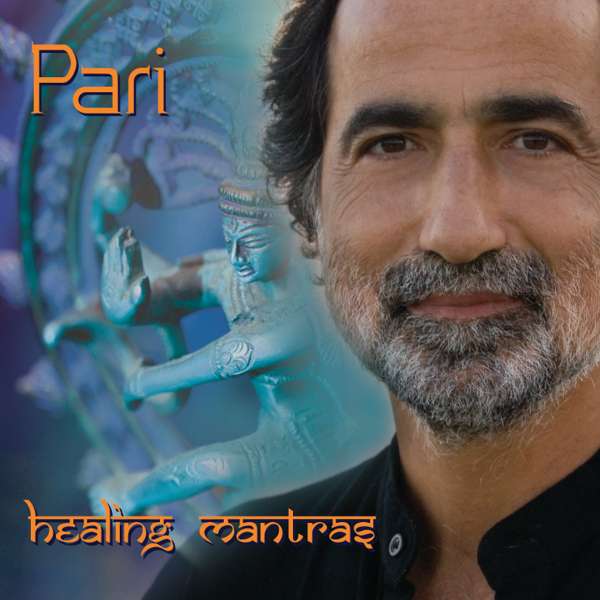 Settling down, resting, breathing quietly in and out. Doing nothing - letting the waves of eternity, our eternal true lover, caress our heart in serenity and deep love. Who is this eternal healer, our beloved friend, other than the very silence in our hearts? Empowered by ancient wisdom and oneness with the source, the words of these special mantras revealthis silence within ourselves. Lay back, listen to the ancient "HEALING MANTRAS" and enjoy an exquisite musical journey to the source of silence. Produced and recorded in Munich, Germany in winter 2014. This album is a beautiful creative synergy between Pari and Praful. Most of the songs were recorded in Praful´s home in Germany. Praful´s daughter “Isha” was often present during the process of recording and was specially found of the song “Bolo Bolo” so much so that for many months, Praful had to sing this mantra to Isha each time he was bringing her to bed or at least play it to her!!!

Pari was born in a small greek village into a family of four where he spent the first eight years. Later on he lived two years on the island of Lesbos before his parents moved to Germany. While studying psychology in the University he followed a call from within to travel to India in search of a spiritual master. After spending many months and traveling to different places, ashrams and mountains in South India, life took him to Poona to stay with Bhagwan Shree Rajneesh, now known as Osho. He stayed with him in India until the dissolution of the ashram in Poona and after returning back to Europe he continued with his studies at the University in Germany which he finished later with a Masters degree. In the meantime Osho had settled in Oregon, America, which grew fast into a new commune called Rajneeshpuram. Pari went to visit there several times before receiving an invitation for a longer stay in Oshos commune. He lived there almost a whole year before returning to Germany.

After Osho left his body, Pari felt that there was yet another master calling…and this call was met when he met Papaji in Lucknow in January of 1992. He stayed with him until the master passed away in 1997. Meeting this man had a very strong impact on Pari and he felt that a long search was finally over. No words apply for the silence of the heart that Papaji so graciously transferred to everybody. Struck by that grace emanating from Papaji, Pari wanted to stay there “forever” but Papaji used to send him back to work each time after the winter season in Lucknow. For the following five years Pari was spending the winters in Lucknow and the summers in Corfu, where he was running and co-managing the Alexis Zorbas Center.

Pari met Satyaa in Lucknow. In the year 1995 he met Satyaa in Lucknow and soon after their meeting, Papaji married them in Lucknow in a vedic marriage tradition. Soon after this Satyaa came to live with him in Corfu, Greece where they started to lead various retreats, Satsang, Mantra Concerts and traveling all over the world. Living the life of a householder, raising their daughter Mira together, which is now moving out of the house to start her own studies….shows how sacred every aspect of life is. Life is such a precious gift, because it gives us the chance to wake up to the reality we all are. And the beauty of that reality is always present and quiet.

Soon after meeting Papaji, Pari was told by him to give Satsang.