Ryan Burnett moved from Manchester to Brighton at the age of 17 after receiving a scholarship to study music, which led him on to form and play in several bands that went onto record albums and tour all over the world, highlights include opening two sold out Hammersmith Apollo shows, Rock Am Ring and three tours of the US including an LA to NY run over 8 weeks on a red London double decker bus.

After the last project coming to an end, Ryan took some time out to re evaluate his musical direction, which took him to Nashville for a while to write and work. Being in an environment so different to his own, and being inspired by working alongside other great writers and producers, he rebirthed his hook writing skills. Eventually he came back home with the idea of starting again as a solo project, but that didn’t last long.

"Being part of a band is in my blood, the performance, the brotherhood and the inspiration you can take from one another. CJ Evans is not only the best drummer I have been lucky enough to play with the last 8 years, but I see him as a brother, we’ve been through a lot together, he was an obvious choice. I met Dan Logan through the Brighton music scene many years ago, his classic playing style and musical knowledge is second to none, after playing in bands such as The Kooks and The Ordinary Boys I invited him to a jam session to which he’s never left. Ben Johnsen I met through running several open mic nights in Brighton. He'd always be there and was always blowing everyone away with his playing, we started jamming and he instantly became part of the unit.”

This became the band and so was the new band name ‘Ryan Burnett & The Vanguards. Their music has had classic comparisons to Bruce Springsteen and Tom Petty, also termed a ‘Modern-REM’, all the while printing their own modern stamp on a popular sound.

Ryan has also been chosen to front the new ‘Guitar Hero Live’ game coming out this October. A world first for gaming using live action rather than computer graphics. The is released worldwide October 20th. To coincide with the game the band will be releasing their first single ‘Killers’ 30th October 2015. 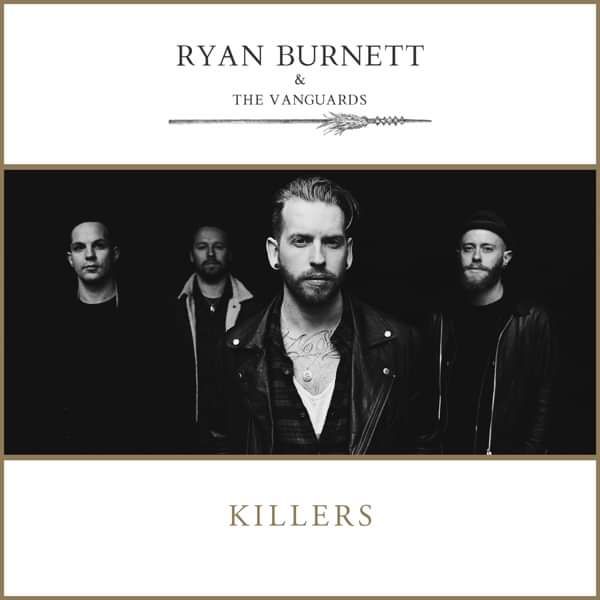