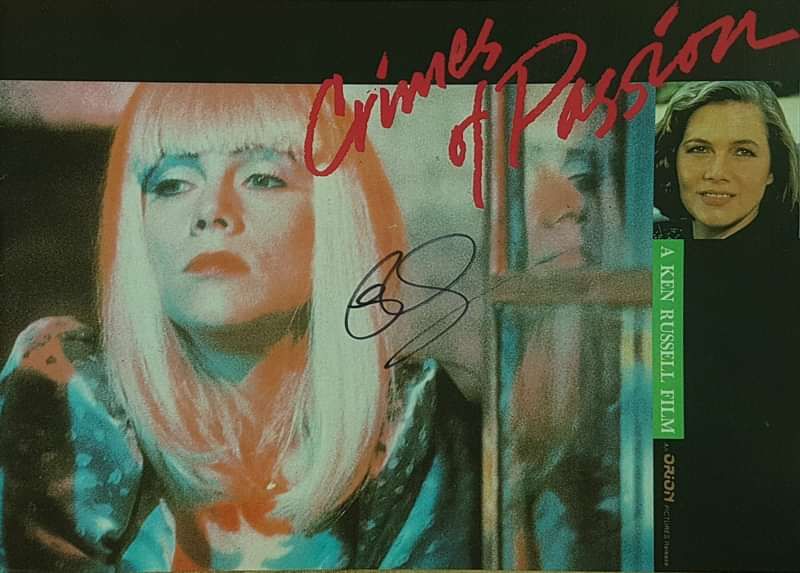 Bobby Grady (John Laughlin) is an ordinary middle-class electronics store owner who occasionally moonlights doing surveillance work. He attends a group therapy session because his wife, Amy (Annie Potts), has lost interest in sex and he fears their marriage is in trouble.

Grady is soon approached by the owner of a fashion design house to spy on an employee, Joanna Crane (Kathleen Turner), who is suspected of selling clothing patterns to his competitors. Grady discovers the accusations are unfounded, but also finds out that Joanna is moonlighting as a prostitute using the name China Blue, and shedding her business attire for provocative clothing and a platinum wig.

Among them is the "Reverend" Peter Shayne (Anthony Perkins), who alternately spends his time delivering soapbox sermons on the street, visiting peep shows while sniffing amyl nitrite, and patronizing prostitutes. Shayne has been seeing China Blue as a customer and declares a misguided need to "save" her. (When he says, "Save your soul, whore!", she replies, "Save your money, shithead.") Underscoring Shayne's contradictory nature is the cache of sex toys he carries in a small doctor's bag with his Bible.

Grady admits he may leave his wife and children, but Joanna feels put-upon and depressed. She seeks solace in turning tricks because the encounters are not fraught with emotional entanglements. She dominates a young policeman in an S&M session, penetrating him with his nightstick, and endures a botched three-way in a limousine. A session with a dying man whose wife wants China Blue to give him sexual gratification one last time inspires Joanna to reveal her real first name, suggesting for the first time that she is the proverbial "hooker with a heart of gold."

The film ends with Grady addressing his group therapist about his new relationship with a woman named Joanna. Cast