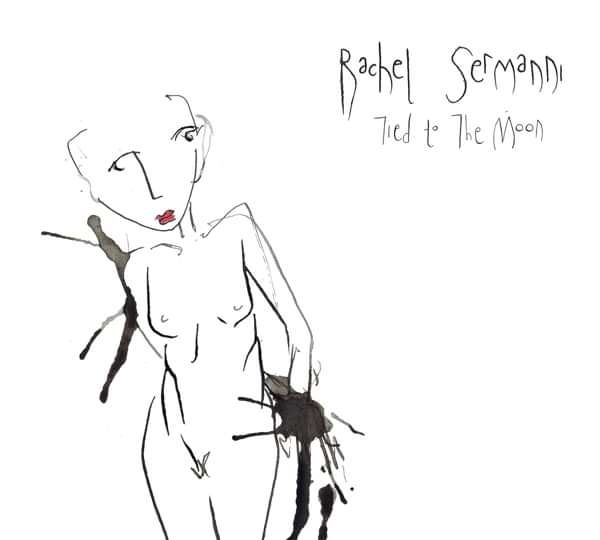 Rachel Sermanni's latest album 'Tied to the Moon' which was released on the 10th July 2015.

Tied To The Moon was conceived in March 2014, in an apartment above a pottery studio deep in the sticks of Nova Scotia. The apartment belonged to two-time Juno Award winner Old Man Luedecke and offered Rachel four days of complete stillness with no means to communicate with the outside world. Bookended by her routine of going for a morning run in the surrounding ten acre forest and silent afternoons of coffee and pistachios, Rachel would sit, in total solitude; writing; reading; playing music. In the space of these four days she unintentionally wrote six songs - four that would later become the core of Tied To The Moon: ‘Tractor’, ‘This Love’, ‘Banks Are Broken’ and ‘Old Lady's Lament’.

In total, Tied To The Moon features ten new songs that channel spirits of all ages and archetypes, weaving images of childhood and womanhood, of instinct and inhibition. An indefinable mix of songs, Sermanni’s creations have grown, twisted and turned since those four days in the Novia Scotia solitude to reach a fully- formed stage reminiscent of classics such as PJ Harvey, Tom Waits and Joni Mitchell. To achieve this, she enlisted the help of Colin Macleod (recording and production), Jennifer Austin (piano, organ and backing vocals), Gordon Skene (bass and cello) and Louis Linklater (drums) and tracked all takes, live, in Colin’s living room in the Scottish Highlands.