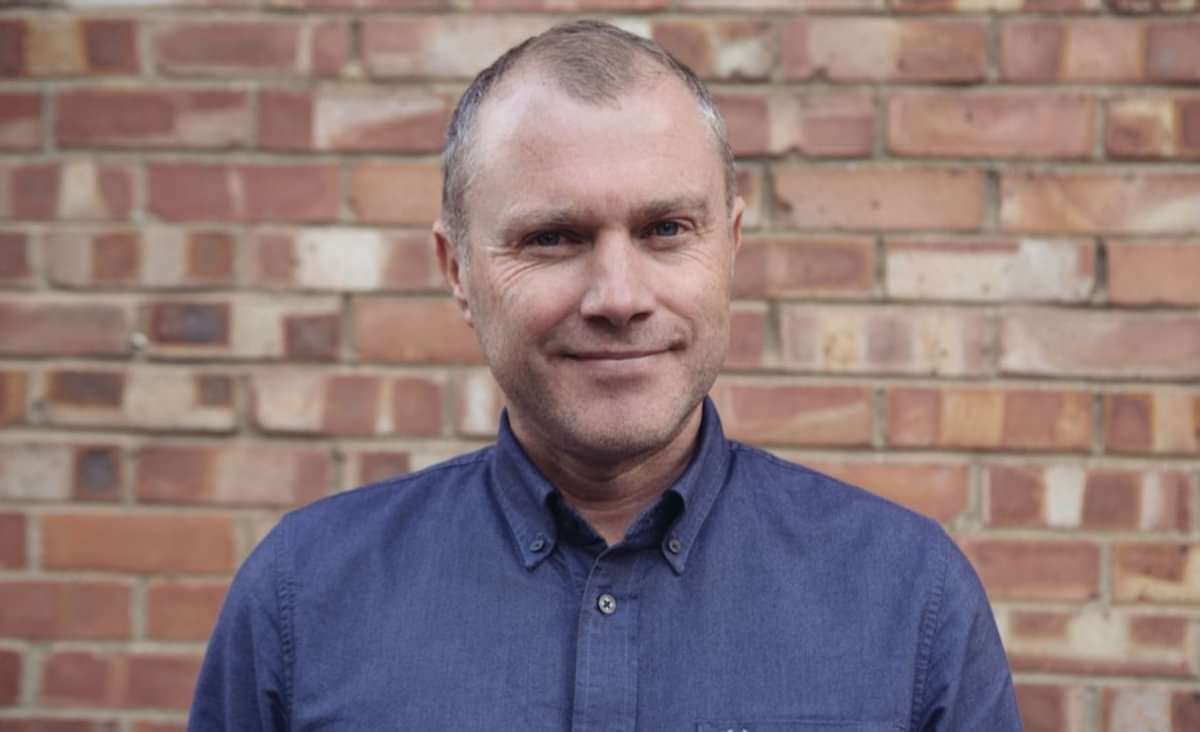 Music Glue is handling ticketing for Mumford & Sons’ Tour Of Two Halves (the company’s first arena tour), and the value of the cargo inside the box is huge.

“We’d never done a tour like it before, so we didn’t think how many tickets that would be until this massive box arrived in the office,' Meharry says. 'We did a quick calculation and went, That's over El million worth of tickets! I camped in the office for two nights until we had a safe delivered to put them in'

It's not the only such story Meharry has about the company he founded in 2007, after studying architecture, playing in and managing bands, and working in telecommunications. You see. Meharry and his skeleton staff were working on the hoof, learning as they went driven by a passionate belief that artists, musicians and those who work directly with them should be properly rewarded for their craft Also stoking Music Glue's fire was the idea that music fans should have an easier ride when it comes to buying products.

'There was an obvious shift in the market with fans gravitating towards artists,' Meharry says, reflecting on 2007's music business landscape. 'There were a few services around, we'd seen Myspace come into the market and for the first time artists with limited technical understanding of the Internet were able to build and interact with large fanbases.

'Although that was great from a marketing perspective, it wasn't being converted into anything commercial. So we came in to hopefully bridge that gap. These fans have money and they want to give it to you and you should make that as simple as possible. It's taken a long time to get to the point where we've managed to do that'

Meharry believes Music Glue - which makes a profit by taking 10% commission on transactions - offers something no other music company can, specifically an artist-branded marketplace.

After rejigging the model to include a direct-to-fan ticketing service in 2009 (early partners came in the shape of Mumford & Sons, Ben Howard and Enter Shikari. who were the first band to use Music Glue for music, merchandise and tickets), the company has gone from strength to strength. Its client list ranges from names such as Blondie and Goldfrapp, to newer kids on the block including Lucy Rose and Marika Hackman. It has offices in London. New York and Sydney. enabling artists, managers, labels, merchandisers and promoters to control their online presence and e-commerce, own their data and sell product via any device, in more than 25 languages and currencies.

Music Glue threw a party - where the pizza and beer flowed freely - to celebrate these achievements and more at The Great Escape in Brighton last month. But what really makes the company tick? How has it managed to prosper in an ever-changing industry? Music Week sits down with its charismatic leader to find out. And, after revealing that their new office ''has a shower. luckily', in case he ever has to stay over again, he dives into Music Glue's story. warts and all...

You say you've bridged the gap between artist/fan interaction and commercial gain. How?

For the largest part of our development we believed artists or the managers representing them should take the role of retailer. They've got market reach and anyone in retail will tell you that's the hardest thing. Quite amazingly in the music industry, artists have solved the biggest problem, which is footfall. Our model was, Mists should be retailers, they should be able to do deals with labels, do merchandise deals, and then you've got your store and you present these products to your fans.

How has that process evolved over 10 years?

A lot of our users have grasped that model with both hands, but the majority of managers and artists have said they don't want to do that, they want to focus on making music and engaging with fans and developing, not retail. So. about two years ago we took it on the chin and said we have to work with the companies these artists are engaging with and signing rights to. That's been the biggest change recently. where we're finally gaining traction is that we are working with the labels and bringing all these products under a single banner, which is the artist, without the artist having to do too much work in the background.

Does that make Music Glue a unique offering?

One hundred per cent. No one is even close to what we're doing. The concept is of an artist-branded marketplace. and the test way to describe that is to think of Amazon and take away the word Amazon and replace it with the words Enter Shiloh, for example. Suddenly you have a marketplace with vendors branded as the artist. Vendors and the various rights owners and those rights change depending on where the fan is in the world. so you've got a patchwork quilt of rights owners that all have product to sett and want to reach the fans. We are the only company that can sell tickets, merchandise and music and have multiple vendors in a single checkout where we account correctly to the different companies in the right currency at the right time.

What problem are you solving?

We [the industry] frustrate fans. Fans want to engage with artists and give them money_ We know that because when we do it well the money comes in. We know the average amount a fan wants to spend and we know they want it to go to the artist. When you click on a band's website, you'll get sent to Amazon. or to a merch or ticketing company. For a fan, it becomes a difficult process, they get frustrated and waLk away. We're solving that problem by making it simple - don't make the customer think. They're ready to put money in the artist's pocket. so make that as simple as possible. We believe that within five years. music retail is going to be dominated by this artist-direct approach. This is a multi-billion dollar industry not being serviced at all well.

When the banking crisis happened in 2008. we needed to come up with something quickly to make money or we were going to die. Luckily we had a few friends in bands 'Enter Shikari. Mumford & Sons and Ben Harvard' and we became a ticketing company. By early 2009 we were a direct-to-fan ticketing company, for no other reason than we had to survive. From that point until 2014 we were hand to mouth, the strategy was. Just make money no matter what.

What about any more specific crises?

One afternoon one of our team went white - he'd turned every single product and ticket we handled into an Enter Shikari T-shirt. It's something you can't even do anymore! We couldn't get the data back so we had to get a back up of the database. For 24 hours-plus. everything showed up as a T-shirt. We did The Strokes show at Dingwalls in 2010 and managed to wipe out the venues website due to demand. Of course there were a lot of people trying to buy tickets to the first Strokes show in four years! In hindsight it seems completely ridiculous.

Do you consider Music Glue a big player in the business now?

I wouldn't regard us a big player. and I don t know if I'd ever want that expression used to describe us. We’re in a model of industrualisation of culture and that's not palatable. We want to move to a different model we want transparency in what is currently a very opaque world_ We've got some big objectives and the man one is to create an artist-centric model where the artists are being compensated correctly as opposed to large corporations. However, after 10 years. people do know who we are and what we stand for. The fact we've been here this tong means we know what we’re doing. We've made mistakes. learned from them and are still here to tell the story. People are coming to us to ask. How do we increase our margins as hard-working artists with loyal fanbases? We provide an answer to that question.

What is the company's biggest asset?

The team. One of the hardest things to do as a founder and CEO is recruit realty awesome people. That's fundamentally what I've done. I give basic direction and let the guys get on with it. Tenacity is really important. We're very frugal we do not waste money. We ran out of cash and we had to adapt I was fixing someone's computer just this morning - that's because I had to learn how to be the IT manager here and still am! We clean up our mistakes bloody quickly and hold our hands up. The other thing weve been careful about is getting feedback and getting rid of things that are no good. Typically, what you see in music is millions being spent on launching a product with great fanfare and then nothing happens. Whereas we've taken a very different approach, which is: just be careful, don't waste cash. You can't arrive and go. Ta-da! We've changed everything, here's a new solution. This industry requires tenacity. Can you rely on us? Yes you can. Do we have a moral compass that would be aligned with most artists and managers on the planet? Yes we do.