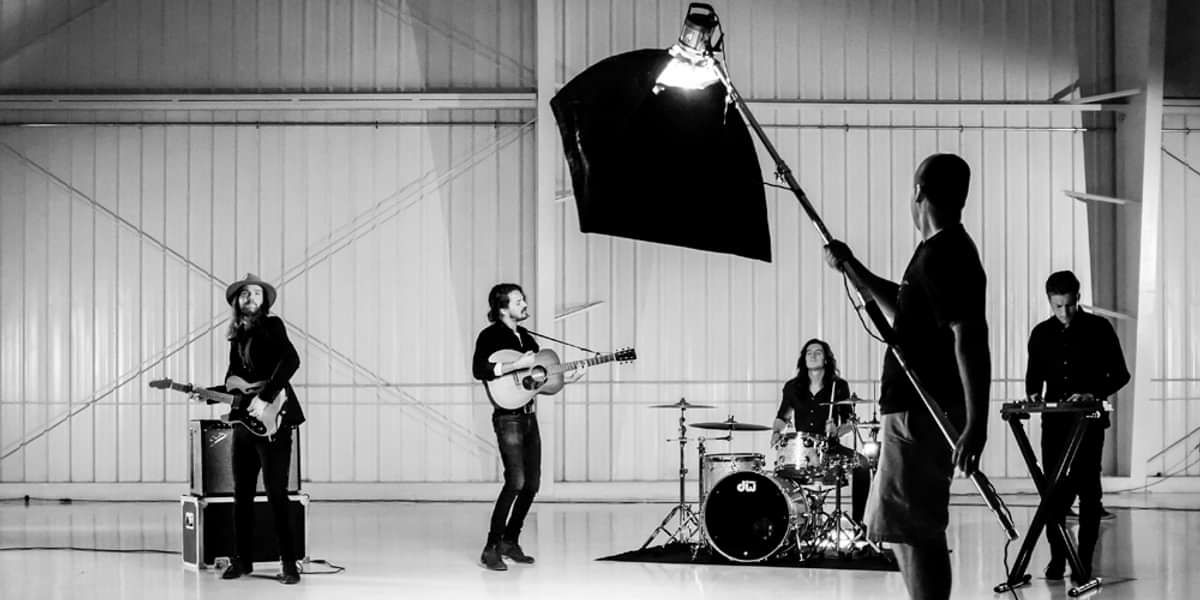 3 Methods For Filming a Live Session

Our friends at Reload Sessions have filmed over 300+ live acoustic sessions over the last 4 years, accumulating over 85k subscribers on their Youtube channel.

Here they share lots of great advice on the different methods for filming a live session. To read the original article, click here.

There are three distinct ways of filming a live session, and here at Reload Sessions, we’ve experimented with each of them before figuring out our formula; let’s break them down.

1. FILMING TO A PRE RECORDED TRACK

One of the benefits of choosing this tactic is that you don’t need to worry about the audio on the day. You can go to a studio or record in your bedroom, take your time with each track and make sure you’re happy with the audio. On the day of filming, all that’s required of the artist is to know their parts and mime the track. One of the main drawbacks to this approach is that if an artist doesn’t sing/play his parts correctly or in time, the session cannot look genuine. If you’re trying to make your video come across as a live session, it can be pretty easy to spot that you’re not actually performing live to the camera.

In terms of the set up for the shoot, you’ll need some sort of sound system or monitoring to allow you to play back the pre recorded track on the day of filming. Depending on your recording, it’ll probably be best to use similar instruments to the ones featuring on the track; you don’t want to be seen playing a saxophone when the track features guitar and vocals. That’s a bit extreme, but you’d be surprised what I’ve come across on YouTube throughout the years. Filming this type of recording can be a bit tricky. If you’re trying to imitate a live recording, don’t cut to too many angles so it stays consistent.

In terms of filming equipment, you can get away with using a one camera set up. As the artist is miming to a track, you have the luxury to stop after a take, move the camera for another angle and repeat the process. This style is quite popular on YouTube. Watch these established YouTubers taking this approach...

For our channel however, we focus on giving a platform to artists that perform live. We want to show viewers a true example of a live performance, so each artist is given only a handful of takes to achieve the best performance. Saying that there was a time quite early on in our channel were we dabbled with multiple angles from multiple different takes. Which leads me onto the next method.

2. FILMING AFTER GETTING THE BEST AUDIO TAKE

Early on in the creation of our channel, we were experimenting with what was the best way to film an acoustic live session. Back in the day we only had a one camera set up, and the only way we could achieve multiple angles in one session was to record the session a number of times, move the camera each take and use footage from different takes. We didn’t want to use a pre recorded track, but audio taken from the day. So we would take audio from one take (preferably the best audio take) and then place the footage over that track.

The process is simple, however when it comes to editing the footage, it can be a bit of a nightmare; singers don’t always sing the same and musicians don’t hold the same note every single time. So when trying to pull different angles from different takes and piece them together, there can be a lot of continuity issues.

If you do decide to go with this method, I would advise possibly getting the instrumentalist to play to a click, to allow them to keep in time. Filming multiple takes gives the filmmaker luxury in getting the best angles and allows for creativity. It also gives the artist time to work on their performance and get the best take out of them. It’s also a good idea to get some cutaway shots, so you have footage to play with if you’re having continuity issues when editing.

At Reload Sessions we have veered away from this process, as it took up a lot of time in the editing process. Although, the audio came from a live performance, it wasn’t as true of a performance as we would like it to be.

This is the method we’ve decided to stick to in order to create a truly live experience. Artists come in and perform from start to finish while we film the whole performance. Every camera is rolling throughout the performance, there’s no stop and start; it’s really down to the artist to get their performance right. This is added pressure on them, but we always say that we want to give viewers an insight in what each artist is like live on stage, and this method is the closest thing to representing it.

As our channel progressed we invested in a couple more cameras allowing us to have multiple angles. We felt that filming the performance with just one angle wouldn’t be as good an experience for viewers. This is just a preference though; there are a few successful YouTube videos out there that still do it this way.

Everything is recorded once with this method so both the audio and video need to be set up correctly. There is little margin for error here; you don’t want your audio equipment to fail half way through the performance, nor do you want your cameras to suddenly cut out. I personally prefer this method as it makes the editing process a hell of a lot faster, instead of placing footage from different takes on one audio and worrying about timing issues. I just select the multi-cam option in the editing software and pick and choose which angle I prefer during the take (for more information on how to edit a session click here ). No need to worry about continuity issues as each camera is filming the same moment all at the same time.

There are numerous channels similar to Reload Sessions that have opted for this method, and it does make sense. When dealing with a handful of artists week in, week out, you don’t want your time taken up in the editing process. You want everything streamlined to allow a better workflow for everyone involved in the project. Here are a few examples of complete live sessions:

Which Method Will You Go For?

Hopefully this will help you decide on how you want to record your sessions. It took us a few years of experimenting before deciding on one method. If you’re still confused, I definitely recommend getting stuck in and trying out different ways. You’ll soon understand what works best for you. If you find that you’re still confused, send us an email over at info@reloadsessions.com, I’d be happy to offer some advice.


RELOAD SESSIONS is a YouTube channel and community for unsigned & independent artists and musicians. Visit their website here.

It is super easy to showcase all your videos directly onto your Music Glue profile. Head to our blog How to make the most of YouTube on Music Glue to find out more.

Create your free website and online store today, get started with Music Glue.