SCREAMING FEMALES in Liège for the first time.

Avec le soleil deploys a panoply of buoyant musical ideas, subtly sumptuous sonic treatments, and joyous stylistic nods — while remaining fundamentally devoted to working the groove, from however many angles. This is post-modern psychedelic trance-pop the likes of which we can honestly say we’ve not heard before. Their latest album 'Pas pire pop, I Love You So Much' picks up where the previous EP left off. On one hand, sinuous bass, chiming guitars and wordless vocals are interwoven with fizzing and squelching electronics. While on the other, naive melody lines played on dry staccato guitars, peppered with ragged vocal calls, transition through some unison riffing into one of the band’s signatures: clean, methodical, exuberantly layered grooves.

Songwriter, guitarist, singer Tom Vienne and keyboardist, singer Veronique (Vayroneek) Swennen, drummer Wim Gijbels and bass player Toon Vanotterdijk form Tonsils, a quirky indie faux-pop band with d.i.y. aestethics. Tom gathered his experience from playing with local lofi and underground pop heroes Peter Houben (Nemo, Mitsoobishy Jacson) and Erik Debny (The Shovels). He’s been recording demos on a laptop since early 2007 with Counts and eventually providing song material for Tonsils. They put out two full albums on vinyl and cassette on FONS Records and Gazer Tapes. Tom and Veronique made it to New York City in 2016 where they performed as Tonsils with The JRams(Jeffrey Lewis’ band) on drums and bass. They're currently working on their next release with chief Teen Creep(s) Bert Vliegen which will appear on FONS, Gazer and newborn home-label Soggy Cabbage. 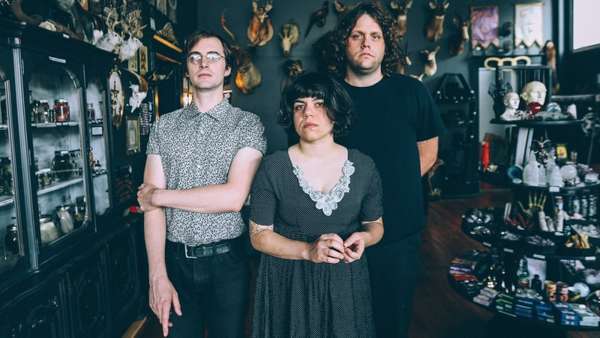