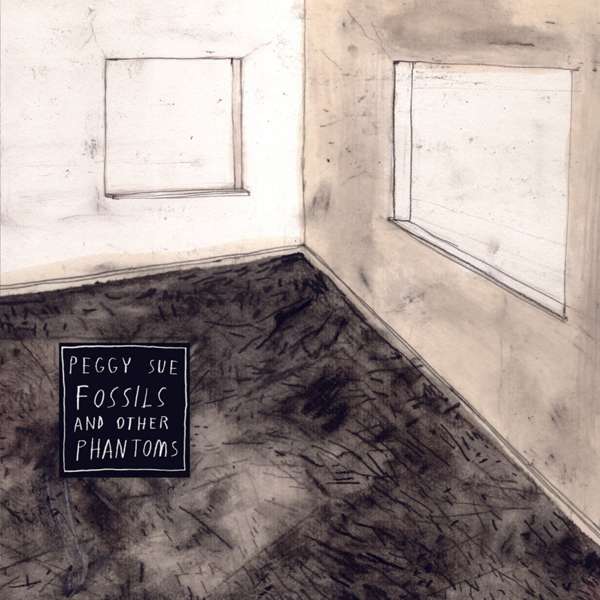 *"Fossils was recorded over a year in Brooklyn, Brighton and London. It is made up of entirely unreleased material because we wanted it to exist as a whole in the way that our favourite albums do rather than being a collection of songs. Most of the album is about endings in one way or another, the title refers to both the absences and remnants of those endings and the empty spaces in the artwork reflect this theme. It was created by Benjamin Phillips whose path we crossed a couple of years ago whilst we were all living in Brighton, he has been making artwork for us ever since." *- Katy Young

Blessed with two songwriters in Rosa and Katy and with the addition of drummer, Olly Joyce, early last year, Peggy Sue have been working hard to further develop their unique sound whilst playing shows with Mumford & Sons, Laura Marling and The Maccabees amongst others. . Praise for Fossils And Other Phantoms: “The dual female vocals transport and transcend into beautiful plateaus of heartbreak and hoedowns with a a gritty edge unrivalled by their peers.” – Clash

*“‘Fossils And Other Phantoms’ is superb. It captures all the raw power of their live shows with enough production sheen to make this agreat debut record. .. It’s been worth the wait.” *– Loud And Quiet

“It’s in terms of sheer vocal prowess that Peggy Sue really come into their own, the duo’s spine-tingling harmonies elevating them from pretty damn impressive to all-out, head-over-heels brilliant.” – NME