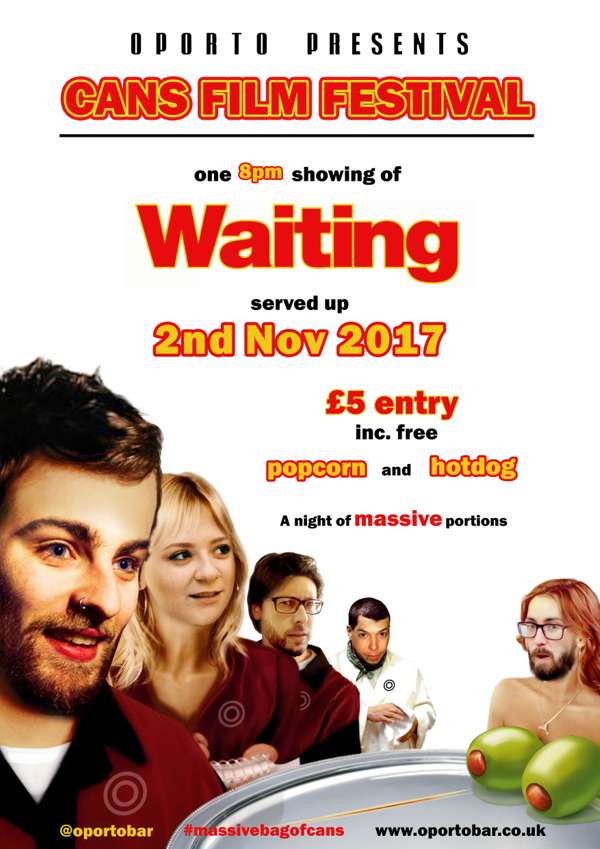 Oporto bar, in association with a big bag of cans presents a series of films based in the service industry starting with an 8pm showing of the Ryan Reynolds comedy classic "Waiting".

Tickets are £5 and include a gourmet hotdog & free popcorn.

We'll be making some special beverages for the showing and we'll have tonnes of Cans on!

Prize for the best Goat.