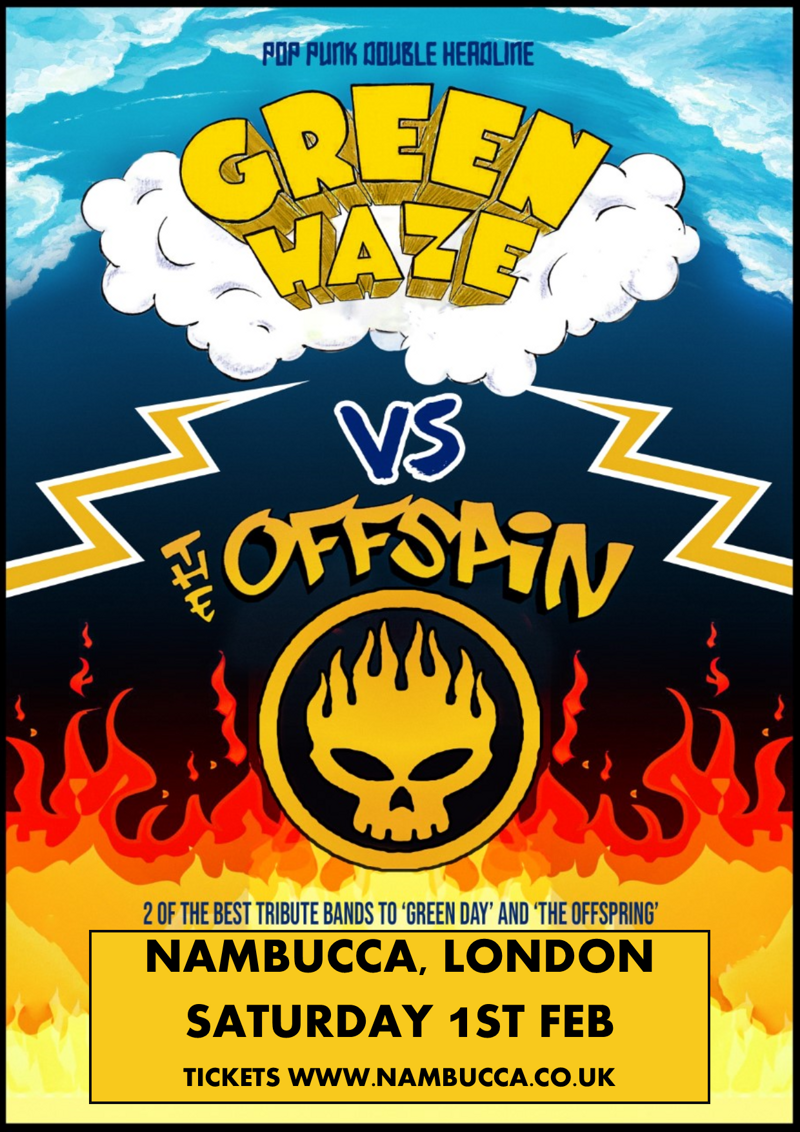 GREEN HAZE are the ultimate tribute to one of the best rock bands the world has ever seen – Green Day. Touring the length and breadth of the UK, Green Haze have rapidly become the UK’s most in-demand and booked Green Day tribute band of choice, playing to sell-out crowds at some of the biggest and most established venues & festivals, including The Manchester Academy, BugJam Festival at The Santa Pod Raceway, The O2 Academies, Scala in London’s Kings Cross & The Brooklyn Bowl at The O2 Arena to name but a few.

The Offspin, The Offspring Tribute Band are Europe's best Offspring tribute band and have been touring the UK and Europe Since 2009. Replicating the raw punk rock sound of the offspring to perfection along with a energetic and exciting stage performance. Performing sell out shows, there's a real feel of excitement and buzz around this great Tribute band.

GREEN HAZE are the ultimate tribute to one of the best rock bands the world has ever seen – Green Day.

Touring the length and breadth of the UK, Green Haze have played to sell out-crowds at some of the biggest and most established festivals including Real Radio XS’s Halloween Monsters Ball at Manchester Academy 1, BugJam Festival at The Santa Pod Raceway, as well as top music venues such as The Fleece in Bristol, Sub89 in Reading & The Globe in Cardiff.

GREEN HAZE go to every length to capture the raw power and dynamics of Green Day’s music and bring it to life on stage with full 2+ hour stage show. With both the MUSIC and the LOOK, their energy packed show comes complete with costumes, fun crowd interaction, on-stage antics and all of the trimmings that make a Green Day live show so recognisable to their fans. It is this attention to detail that makes Green Haze the most authentic Green Day tribute band out there.

All of Green Day’s albums are well represented, covering all of the hits like Basket Case, When I Come Around, American Idiot, Holiday, Wake Me Up When September Ends to name but a few. Plus an extensive repertoire of fan favourites to satisfy even the most ardent of Green Day fans.

GREEN HAZE perform the songs with the same energy and passion that only true fans of the original band can, this is what makes Green Haze literally THE next best thing to Green Day themselves.

“WOW what a band, these guys had it all, the sound, the look and bundles of enthusiasm. For two whole hours they smashed out hit after hit, hardly stopping to take breath!” – The Patriot 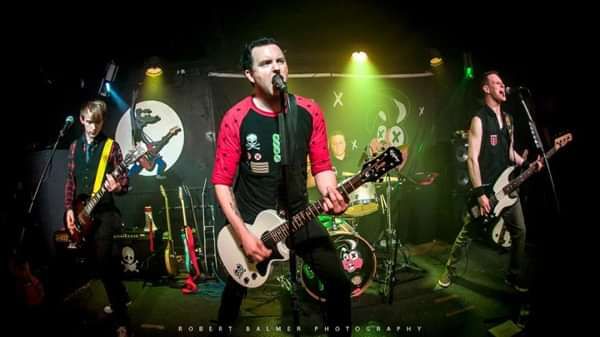