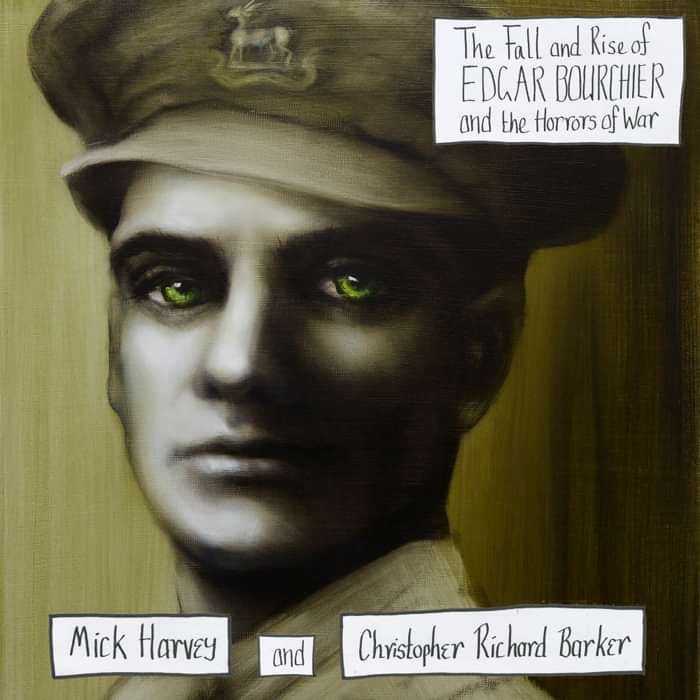 Mick Harvey & Christopher Richard Barker The Fall and Rise of Edgar Bourchier and the Horrors of War is the new album out on Mute 9 November 2018.
Dark green vinyl in gatefold sleeve with lyric book
The album examines the work of a long forgotten World War I poet, Edgar Bourchier, through his poetry as put to music in a concept album. Its release coincides with the 100th anniversary of the Armistice, on 11 November 2018.
In addition to Mick Harvey and Christopher Richard Barker, the album features contributions from J.P. Shilo, a long time collaborator of Harvey’s and Jade Imagine, Simon Breed and Alain Johannes as guest vocalists.