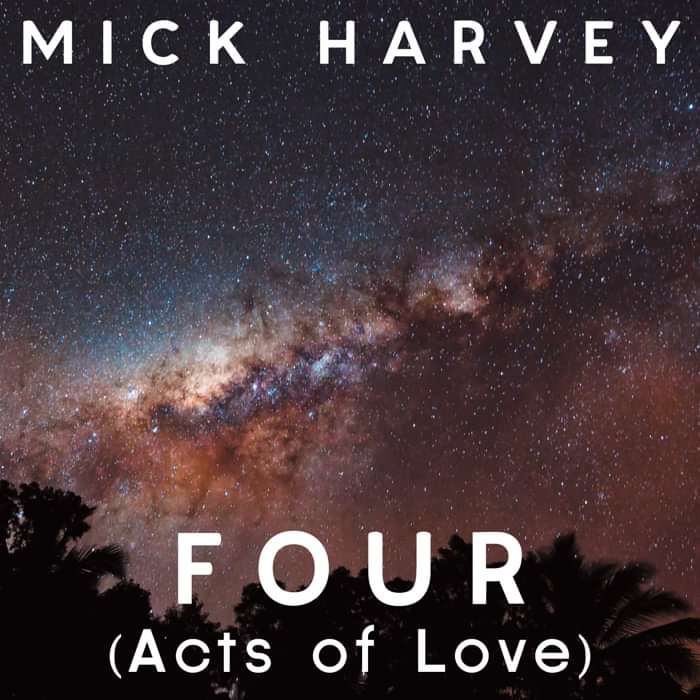 FOUR (Acts of Love) is a contemplation on romantic love - it's loss, re-awakening, our ongoing struggles with it and its place in our universe. The album is a song cycle, divided into 3 Acts.

The album features original compositions by Mick Harvey alongside a song by long time collaborator PJ Harvey (‘Glorious’) and interpretations of The Saints’ ‘The Story of Love’, Van Morrison’s ‘The Way Young Lovers Do’, Exuma’s ‘Summertime in New York’ and Roy Orbison’s ‘Wild Hearts (Run Out of Time)’.

FOUR (Acts of Love) is Mick Harvey’s sixth solo studio album, and follows 2011’s Sketches from the Book of the Dead. Harvey, renowned for his career with The Birthday Party and Nick Cave & The Bad Seeds is equally known for his soundtrack work (Chopper, To Have And To Hold, Australian Rules) and his production work (Anita Lane, Rowland S Howard and most recently PJ Harvey’s Mercury Prize winning album, Let England Shake).

A
Act 1 - SUMMERTIME IN NEW YORK
1. Praise the Earth (Wheels of Amber and Gold)
2. Glorius
3. Midnight on the Ramparts
4. Summertime in New York
5. Where There's Smoke (before)