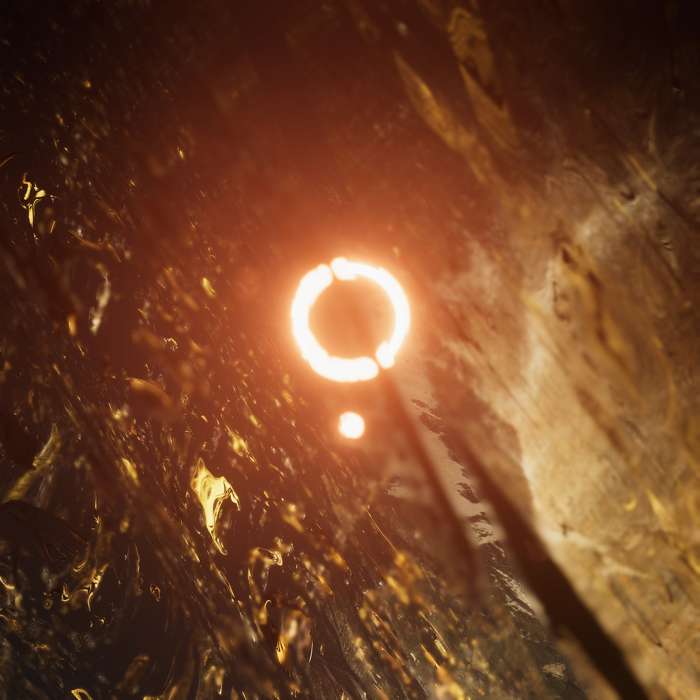 Zero Point is my love letter to noise, probability and chance, written using data sampled in real-time from the zero-point energy field.

On Zero Point, a new LP for Max Cooper’s Mesh imprint, Rob Clouth delves deep into themes of chance, chaos, coincidence and the ephemeral, using the zero-point energy from quantum mechanics as a unifying concept. Exploiting his skills as a software developer, Clouth has created a suite of tools that tap into data from the ANU Quantum Random Number Server (QRNS), an online service that publishes real-time measurements from the zero-point energy field. Zero Point is a love letter to noise, written with data sampled from the core of the universe.

In quantum systems the energy of any point in space is always fluctuating, so even in a perfect vacuum the lowest possible energy can never be zero. This vanishingly small, perfectly random energy source is called the zero-point energy, and it exists in every part of the known universe.

At the big bang, the universe was small enough to have been affected by fluctuations in the zero-point energy field. Some theorists think that matter itself may have emerged from this chaotic soup, like the black and white pixels of TV static aligning by chance to form a momentary image. If this is true, then all of existence could just be a great coincidence – a fleeting alignment of shifting probabilities that will eventually dissolve back into the static of the zero-point energy.

Harnessing data from the QRNS, Clouth creates intricate, unpredictable compositions, washed in pulsing waves of quantum noise. To him, ‘pure noise is like a block of marble. It contains all possible sounds, you just need to figure out which parts to carve away'. The human brain is wired to find patterns and will often perceive order when there is none, a phenomenon called pareidolia. Clouth exploits this to reveal delicate forms in the random data.

Retreating from his home of Barcelona to a rustic farmhouse in Aineto, a remote town in northern Spain, Clouth created most of Zero Point in conditions of isolation and near complete silence. ‘The silence meant that I could hear every little detail in the music, and so I played a lot with dynamics, filling each moment with barely perceptible sounds. It's the subtlest music I've ever written.’

Clouth’s creativity is enhanced by his own expertise in software development. On ‘A Shiver Sequence’ you can hear the QRNS data used to stochastically trigger vocal snippets, drums and other layers, resulting in 100 unique versions of the track that will be available upon release. A piece of self-made software called the ‘Reconstructor’ chops sampled sounds into tiny pieces and rearranges them to replicate a target sound. This allowed Clouth to use and manipulate his own beatboxing, a technique used on ‘Into’ and ‘The Vacuum State’.

At the piano, from which he had a view of the snow-capped Pyrenees, Clouth tempers the chaotic abstraction of random noise with subtle, hypnotic harmonic progressions. At once abstract and tender, Zero Point draws on a neo-classical influence to strike an improbable balance between conceptual rigor and catharsis.

Combining warmth with chaos, Clouth brings human emotion into contact with the universe in all its beautiful ephemerality.

Max Cooper on Zero Point: “Listening to Rob Clouth's album is an inspiring experience. He codes his own software tools to create his music, he embeds beautiful ideas, and creates music dense with melody, harmony, texture, variation, micro-rhythm and emotion arriving in wave after wave of surprise. For me, it's something really special, and actually, having Rob's agreement to create an album for Mesh, was one of the main reasons I created the label in the first place.

Music is supposed to tickle our pattern finding tendencies, but most music is painfully predictable. Rob works with such a density of ideas and expression that I know I'm only hearing a fraction of the content. I love that I can discover new hidden structures with each listen, and the complexity and level of spatial binaural construction gives me a listening richness I don’t experience elsewhere. But it does require a focused headphone or good stereo-field system listen, it’s not background music, and sometimes it’s a challenge, but one with rich rewards.

Music of the future, for me.” credits