I went back into the studio with Joe and Mikey to record a track for the Fonda 500 tribute record I Hate Fonda 500.

It's a cover of Mattermathiques from their latest record I Heart Fonda 500 and I'm very pleased with the results. Our version is called Matt-O-Matic.

The album features some great remixes and re-imaginings by some great artists.

You can purchase the album (Digital/CD/Cassette) from here

Here's the video they made for my song:

Here's the brilliant video for (Lullaby) made by the wonderful Nicholas Broten of Fonda 500!

To coincide with its release, did an interview with God Is In The TV Zine which is a pretty fun read - read it here.

It was also video of the day on Joyzine - check it out to find how Joyzine links Matt & Nick from many years ago.

Enyoy and keep spreading the word.

Thanks so much to everybody that has listened to our music in 2018 - especially to all of you who bought the album.

Stairgazing may not have been sprawled across the end of year lists but it has picked up plenty of fans and great reviews over the year.

Here's one of our favourites by Travellers Tunes.

The video for Nightclubbing is out now. Made by Matt J Molson - the video follows Matt Edible & a bunch of revelers on a night out through the song. It's daft and it's fun.

Please share the video with as many people as you can.

We have also put together a collaborative Spotify playlist called Getting Ready For Nightclubbing. Add some songs to it that you associate with getting ready for and going out nightclubbing.

Be as cool or uncool as you like - Nobody's judging...

The album Stairgazing is out today (Vinyl/CD/Digital) on Farm Music.

I've been promising to make it for many years now and I'm really proud of it.

Please take half an hour to give it a listen:

If you like it then it would be great if you could do one or all of these things:

The debut album Stairgazing is released on 2nd March but you can pre-order it now! It's available from all good UK indie stores but here are a few links for you (they do include Amazon but please order from an indie store if possible): 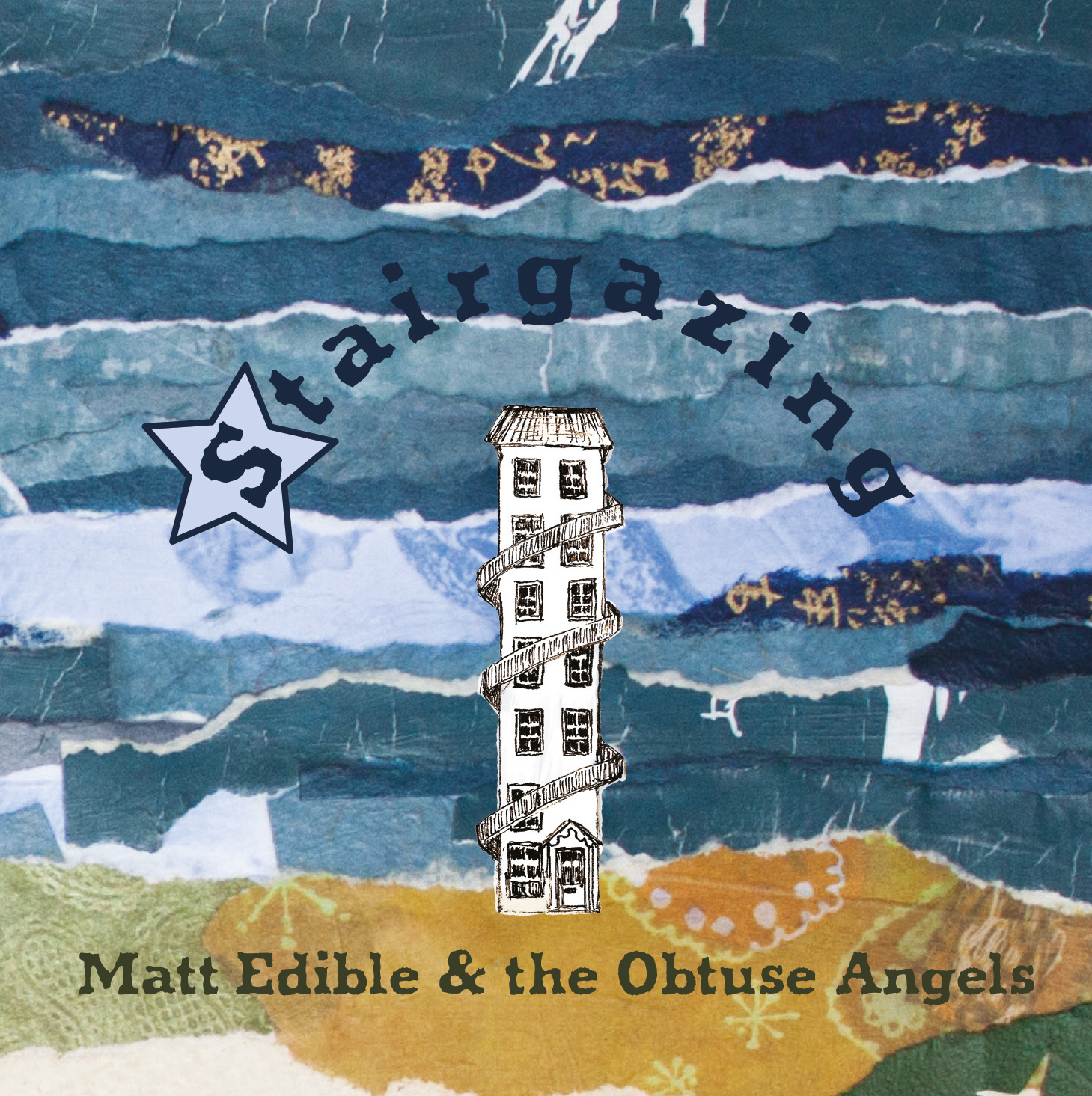 To mark the occasion they are being joined on the bill by two legends in their own rights:

Chris Barron - is the frontman of the multi-platinum, Grammy-nominated Spin Doctors - performing solo material (and a few of his bands' big hits).

Lach - is widely recognised as being one of the major players in the creation of the New York Antifolk scene. His observant songwriting and amazing storytelling also gained him his own BBC Radio 4 series 'The Lach Chronicles'.

It's that time of the year - Advent. To celebrate, here's the video for another song taken from the debut album - Stairgazing. Advent Beard

Competition How many musical references to Christmas songs can you find in Advent Beard? The person that finds the most will win a copy of the debut Matt Edible & The Obtuse Angels album "Stairgazing" on the format of their choice. To enter, just share the competition on the social media site of your choice and comment/reply with your answers: Facebook Twitter

Good luck everyone - we look fowards to seeing if anyone can spot them all.

Here it is - Jumping Houses - the first single from Matt Edible & The Obtuse Angels' debut album Stairgazing and it's free! 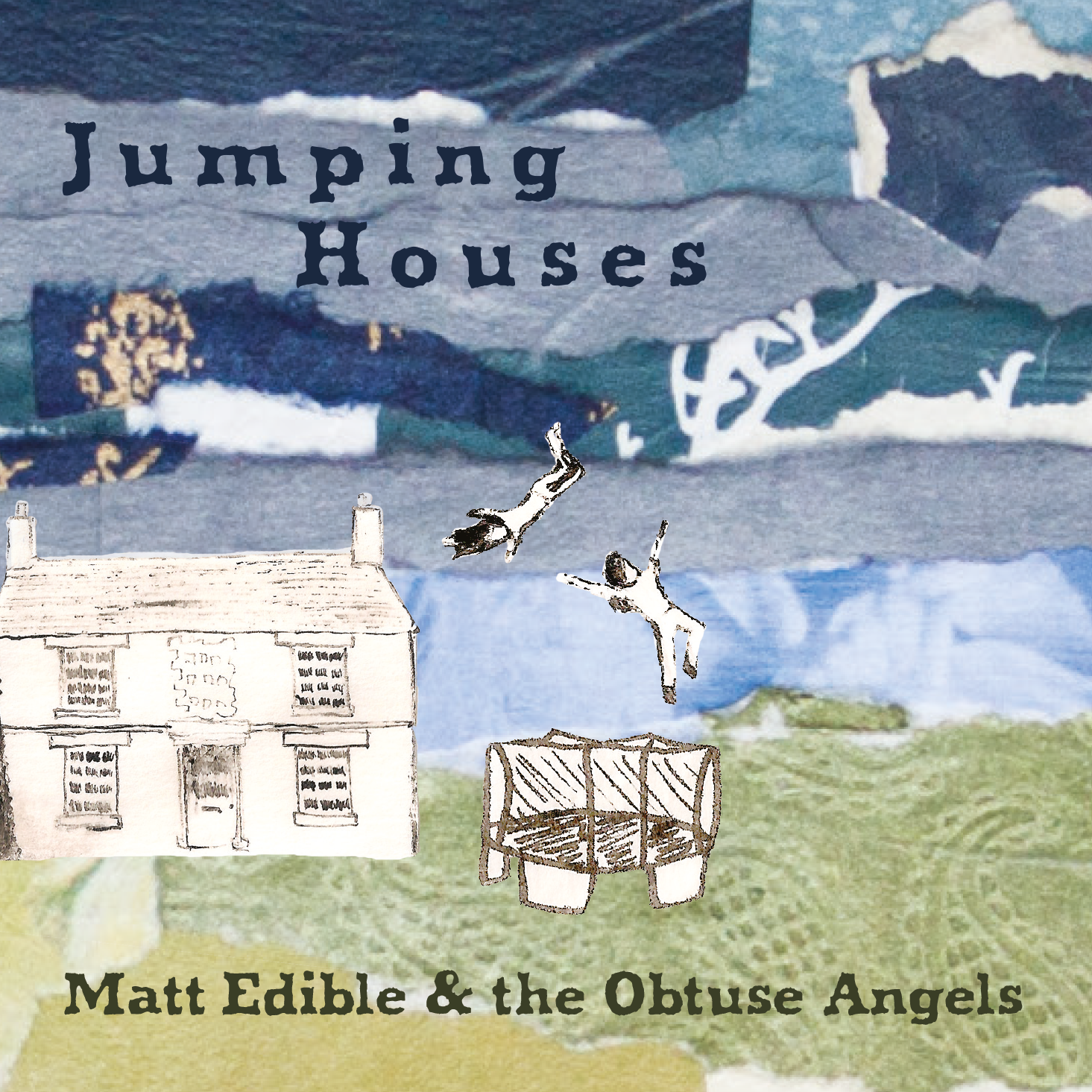 By signing up you agree to receive news and offers from Matt Edible & The Obtuse Angels. You can unsubscribe at any time. For more details see the privacy policy.