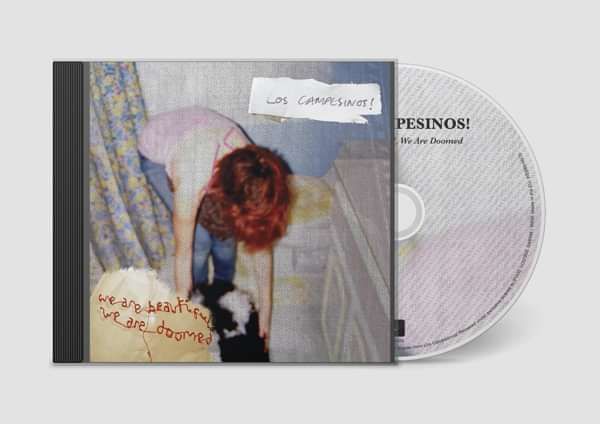 We Are Beautiful, We Are Doomed (Remastered Edition) CD

‘We Are Beautiful, We Are Doomed’ is the second album by Los Campesinos!, newly remastered for it's 10th anniversary. Impressively, the album was originally released just eight months after the band’s debut and was the first album LC! recorded with their now long-time collaborator, John Goodmanson (Blonde Redhead, Sleater-Kinney, Bikini Kill, Wedding Present).

Ways To Make It Through The Wall Miserabilia We Are Beautiful, We Are Doomed Between An Erupting Earth and An Exploding Sky You'll Need Those Fingers For Crossing It's Never That Easy Though, Is It? (Song for other Kurt) The End Of The Asterisk Documented Minor Emotional Breakdown #1 Heart Swells / Pacific Daylight Time All Your Kayfabe Friends