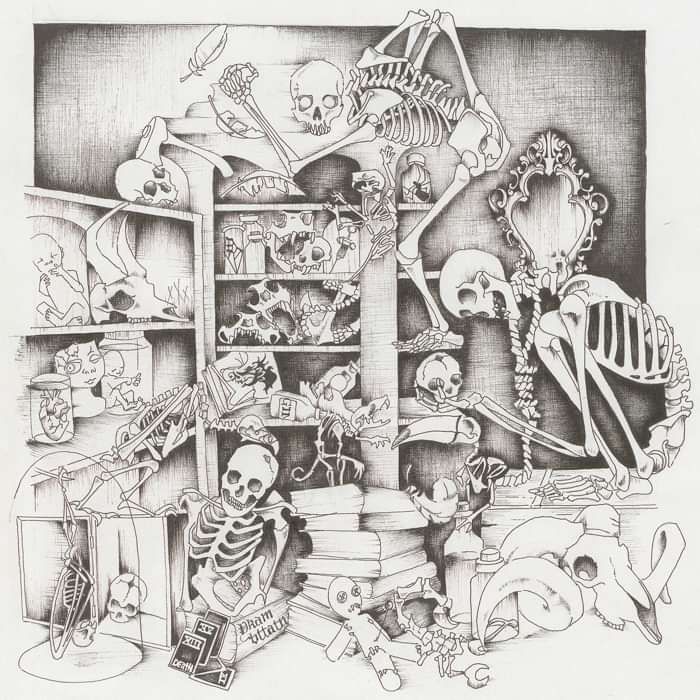 Skeletal Blues is the debut album from North London folk-noir quartet LOCKS following the release of singles Skin and Bodies which were play-listed by BBC 6 Music and Radio X.

On the surface it is an album comprised of murder ballads, death shanties, folk tales, gin drinkers, lynch mobs and voodoo queens. Delve deeper, peel back the layers of skin to get to the bone - Skeletal Blues is an album presenting the horrors, despair and self-deprecating nature of being human. It’s running away from the darkness inside you, burying your secrets, cutting parts out of you and throwing them away. Skeletal Blues is a journey to the darkest parts of your soul and more.

“A hypnotic, imaginative and unique approach...marks them out as one of the most distinctive names to have emerged in the past few years” Folk Radio UK

“This is a great record because it is so obviously influenced by the magnificent Tom Waits yet subverts that and punk in general and brings something different to the party.” 7/10 Vive Le Rock