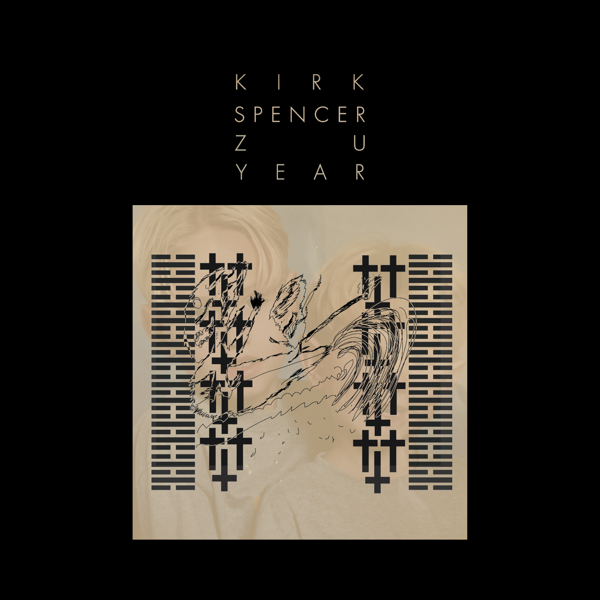 Future-facing Kirk Spencer has announced details of his impending EP Zu Year, on which he sets out to follow on from his acclaimed releases Kingdom EP and Wonderland EP. Relating as much to pop music, club sounds and Industrial textures, Zu Year is Kirks darkest EP to date, and sees him start to take his super ambitious sound into the wider foreground, the 25 year-old Nottingham producer and musician will be again doing so via his own label STRANGERZOO on January 27th 2017.

The EP is unfolding world of a rich a content to explore; with numerous music releases, videos, apparel and digital imagery forthcoming in the following months across socials, online and via private emails from the band to fans.

Whilst retaining all of the intricacies and atmospherics that ensured Kingdom EP and Wonderland EP was a captivating listen, with follow-up ZU YEAR Spencer does so reaching for the darker shades of his musical palette. Subsequent opener ‘Yamo Trip’ is a

glimmering example: with deep, raging bass assisting the electronic crescendos that characterise the introductory track. The song was inspired by a lengthy shoot for his upcoming Babyboo comedy sketches, which subsequently became the music video.

The rest of the ep follows suit, scaling the demonic subtlety of ‘Katz’ to the violent darkness laced in ‘Forward’ glued together with shadowy shades of the palette across the album.

With no guest features on the ep this is an intimate look into Kirks musical mind. ZU YEAR will mark a year of prolific musical releases which Kirk has planned including a album as part of newly formed band BIRTHRIGHTS and collaborations with music and visual artists.

Before Zu Year’s release, Kirk Spencer will be performing live exclusively as part of the BIRTHRIGHTS band where Kirks creations will be aired in a live setting.