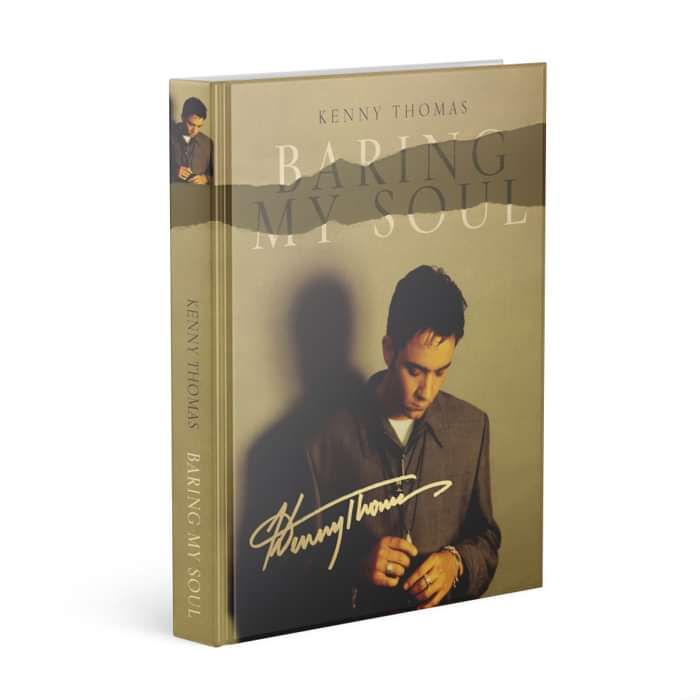 Thirty years ago an unknown Kenny Thomas took the pop and soul world by storm. His legendary Voices album which includes the worldwide smash Thinking About Your Love arguably propelled him to a new found fame as one of those rare crossovers popstars - a white man excelling in the soul world. That, however is just a small part of his extraordinary story. How did he get there and what happened next? Baring My Soul charts Kenny’s multicultural upbringing in one of the roughest parts of London and a childhood that mixed stories of The Blitz with Latin traditions - his Mum was from Gran Canaria where the family moved to for a year during his childhood. It also depicts a thoughtful individual who buried his head into deep ideas and religion from the age of five, sowing the seeds for a lifetime’s search for answers. Through his Dad’s boxing gym, he became an amateur boxer and it was the lure of the ring that engineered a chance meeting between Kenny’s Dad and his first manager who paved the way to pop stardom. When the hits came, America courted him and the excesses of rock’n’roll took hold - read how one trip to Los Angeles found him breaking into the abandoned house of Jim Morrison of The Doors and another left him hallucinating on psychedelics during a Hollywood Hills party thinking he was trapped inside a RoboCop game simulation. It is an industry that Kenny was born to thrive in but never quite felt at home in. He saw at first hand some of the negatives of the business, from made up nonsense in the press to gruelling schedules, from a record label’s desire to see you as a product, to the frustration of having an album he had recorded but was unable to release due to label politics.

When he took time out from the music business he reconsidered a possible vocation to the religious life, but being the sole carer for his father, who had dementia, it made this impossible. By the time his father eventually passed away, with it, so too did the desire for life in a monastery. He lost both of his parents, seeing the effects of dementia and cancer first hand - experiences which leave him with deep and dark questions about the pharmaceutical and healthcare ‘industry’. These questions eventually lead Kenny into the world of natural and complimentary medicine which results in a Bachelor of Science degree in Traditional Chinese Medicine. In amongst this he married Francisca, a singer from Cape Town and finalist in South Africa’s inaugural Pop Idol. Along the way, unbeknownst to Kenny, an old grudge wrongly places him in the frame for a historical murder from the Tottenham Riots of the 1980s and at home, he seeks the help of a Catholic priest, who is an exorcist, to clear his haunted London home, after experiencing numerous unexplainable phenomena.

All of this pales into insignificance compared to the trauma of the last few years. As you may have read, his daughter Christina was diagnosed with an inoperable brain tumour at the age of four. Medical opinion comprised two thoughts: That she might not live beyond a further six months and that much of what was medically on offer in the UK was simply non-curing ’death management’ with devastating side-effects. That childhood curiosity to constantly demand answers drove Kenny on to reject the treatments of offer here in the UK, instead scouring the world for professional opinion and alternative treatments. His friends from the music industry rallied round, raising funds, also producing two fundraising ‘Night for Christina’ concerts from which Kenny was fortunate enough to source the best medical experts from Germany and enabled him to find another way to get Christina the medical help she needed and still needs. In the process, the kindness of strangers has shone forth, introducing Kenny to so many other people who found themselves in similar situations and wanted to share the kind knowledge that you won’t find at your GP. Christina has just turned eight - some four years on from that awful diagnosis. She remains reasonably stable, but the fight goes on. Covid not withstanding, Kenny continues to perform solo and is the new guest lead vocalist in the 80s band Living in a Box. He is currently writing and recording new songs often written by his wife Francisca. For the first time, Kenny now lifts the lid on an amazing career and an incredible behind the scenes fight for survival.